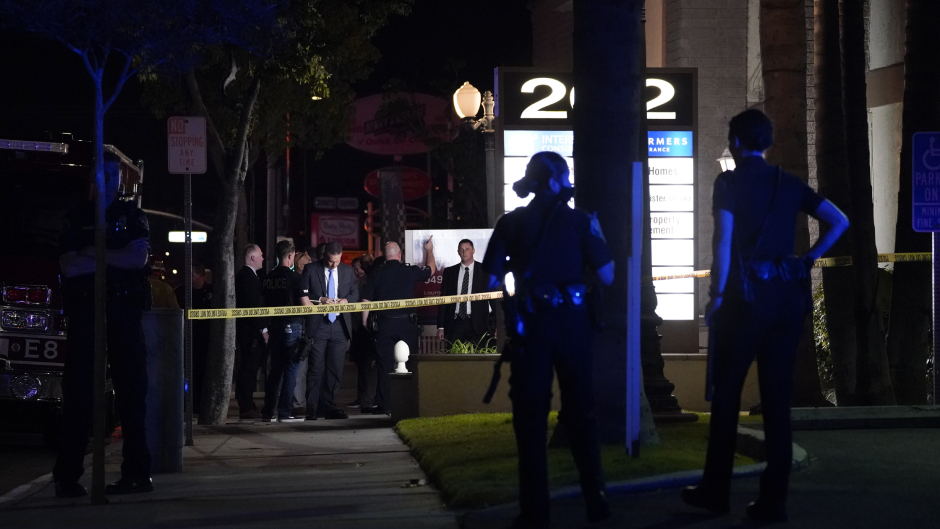 Four people, including a child, killed in mass shooting at office complex: Reports

Four people, including a child, were killed and a fifth person was injured on Wednesday in a shooting at a California office complex, according to reports.

The reported mass shooting occurred at a two-story office complex in Orange. According to the Los Angeles Times, shots rang out as police officers responded to the scene, leading them to return gunfire before locating the suspected shooter.

The suspect was hospitalized for gunshot wounds, though it is unclear whether they were self-inflicted or caused by police. Both the suspect and a woman who was wounded in Thursday’s shooting were listed in critical condition, the news outlet reported.

Police said the deadly shooting occurred on both floors of the building. A gun was said to have been found at the scene, but it is unclear where.

Alex Torres, who owns a business at the complex, told KNBC that he believed the suspect was familiar with the property as he knew to lock the front entrance gate. Police corroborated Torres’ claims, saying responding officers had to find another way to enter the complex.

Officials have not yet publicly named the four deceased victims or the suspected shooter. A motive also remains unclear in this case.