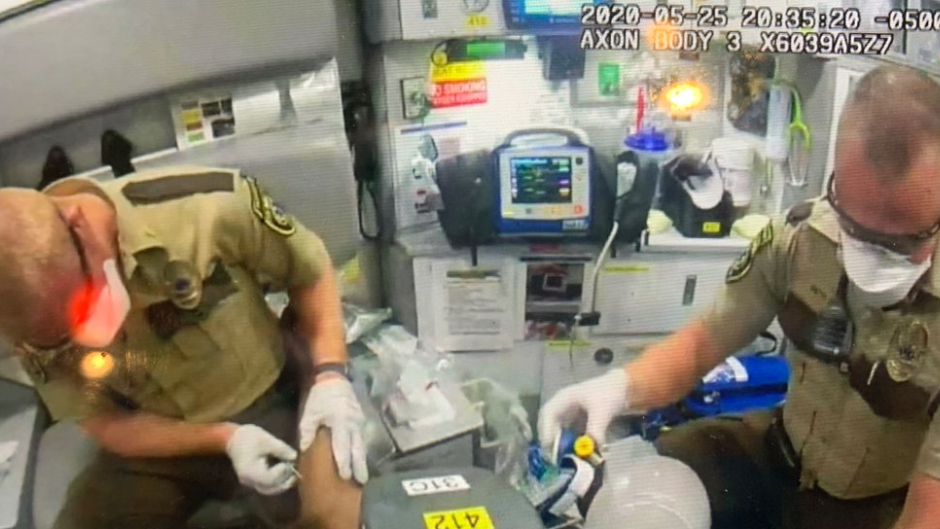 A paramedic who responded to George Floyd’s arrest testified on Thursday that he believed Floyd was dead immediately upon arriving on the scene.

Hennepin EMS paramedic Derek Smith said on the stand that he checked Floyd’s pulse as Derek Chauvin and two other police officers were on top of him. Smith recalled realizing Floyd had no pulse before telling his partner he wanted to get him into the ambulance for treatment as he suspected he was dead. Smith recounted telling one of the officers to get off of Floyd so they could load him into the ambulance.

The footage shown to the court came from a body camera on Officer Thomas Lane, who accompanied paramedics and Floyd to the hospital. Smith reportedly told Lane to continue chest compressions while en route to the hospital, where Floyd was pronounced dead.

“He’s a human being,” Smith said, explaining why he continued life-saving measures on Floyd even though he believed he was dead. “I was trying to give him a second chance at life.”

***WARNING: The following video is graphic in nature and may be disturbing for some viewers. Please use discretion.***

Still images presented to the court showed Floyd with blood on his face and shoulder, which Smith described as “superficial” injuries. He testified that he was more concerned with reviving Floyd.

The footages and images are from May 25, when Minneapolis police officers were filmed arresting Floyd, 44, on suspicion that he used a counterfeit bill at the Cup Foods supermarket. After police pulled Floyd out of his car and handcuffed him, Chauvin was filmed forcing his knee into Floyd’s neck for more than eight minutes.

Floyd was heard gasping for air and saying he could not breathe before he lost consciousness.

The Hennepin County’s autopsy report stated that there was no evidence “to support a diagnosis of traumatic asphyxia or strangulation” in Floyd’s death. However, an independent autopsy asserted that sustained forceful pressure on Floyd’s neck and back led to his death. Both reports mentioned drugs in Floyd’s system but concluded his death was a homicide.

Jurors essentially will decide whether Chauvin is culpable for Floyd’s death. The defense has argued that a “speedball” — an opioid and a stimulant combination —  along with hypertension led to Floyd dying of cardiac arrhythmia. However, the prosecution said video evidence disproves Floyd was dying from a drug overdose, and that Chauvin’s knee on Floyd’s neck for several minutes killed him.