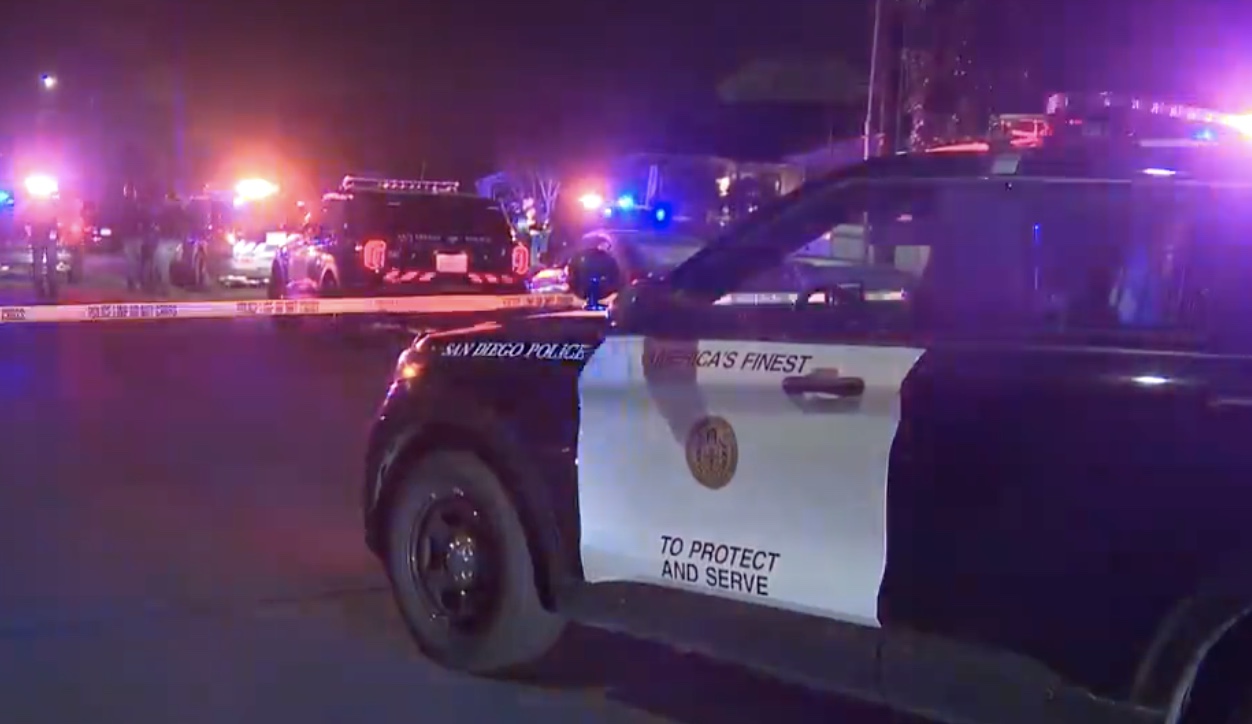 A San Diego man disarmed a potential robber Tuesday night and turned the gun on the suspect, fatally shooting him when the suspect ran at him, police said.

The dead man’s family, however, told Fox 5 San Diego that the two men knew each other and that the 62-year-old robbery victim “pulled out a gun and just started shooting him.”

The family members got their information from a second man police said was part of the robbery attempt.

Police said the victim arrived at his home in San Diego’s Mount Hope neighborhood at about 9 p.m. Tuesday and found the two men waiting for him. One of the men held him at gunpoint and ordered him inside, while the two alleged robbers began searching for valuables.

The victim told police he got the weapon away from the gunman and pointed it at him. At that point, the suspect “reportedly charged the resident, prompting him to fire the gun several times, striking him,” while the other suspect ran away.

Police said the victim “has been cooperative and is not considered a suspect at this time.”

Neither the victim nor the two suspects have been identified by police, but family members of the 39-year-old suspect who was killed were near the scene of the shooting on Wednesday while Fox 5 was filing a report. They said the suspect is a father of four and that he knew the man who shot him.

“Home invasion? Where did they get that from? It was a set-up,” a woman related to the dead man said. “He knew him. He trusted him and didn’t have problems with him before.”

“He was coming over here to pick up money — like if I sold you my car and you owe me — and he came to get his money and he was invited to come in,” she said. “The next thing you know, his friend says the dude pulled out a gun and just started shooting him, and his friend ran.”

Police said Wednesday afternoon the second man was in his 30s but did not provide a description.