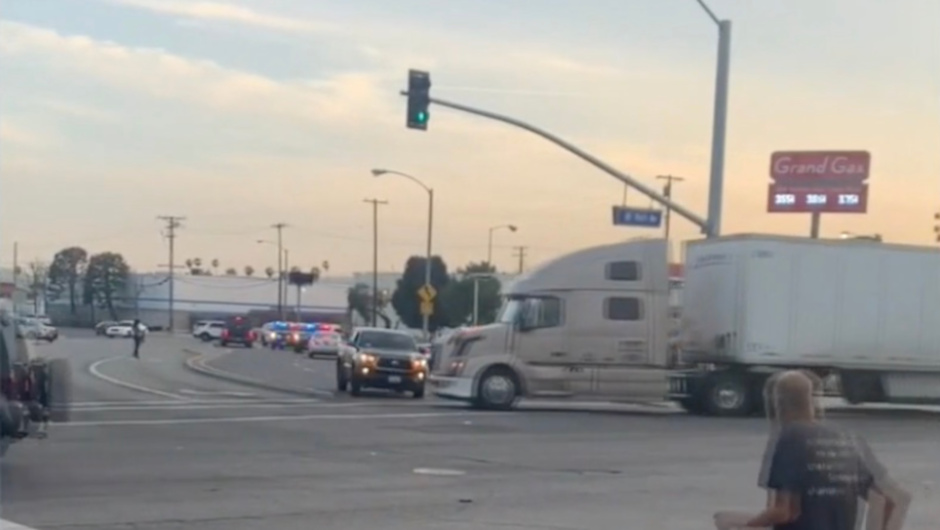 A semi-truck driver put an end to an hours-long — and dangerous — police chase on Tuesday when he pulled his truck directly into the path of the fleeing vehicle at an intersection in Claremont.

The driver of the pick-up truck who slammed into Ahmed Shabaan’s truck was a person of interest in a March 28 murder and was thought to be possibly armed and dangerous.

“I waited for him, and then when I just waited for the right moment and I blocked him and hit him,” the semi-truck driver, Ahmed Shabaan, told CBS Los Angeles. “Because if I didn’t stop him, he was going to kill somebody else, and that was my main concern.”

The incident began earlier in the day in Murrietta when Riverside County Sheriff’s deputies were searching for Michael Reed. When they tried to contact him, he allegedly attacked one of the deputies and fled in a pickup truck, according to Fox LA.

Reed led authorities across Riverside County, into San Diego County and back north into Los Angeles County topping 90 mph as he raced along. He was seen at times driving on the wrong side of the road and into oncoming traffic. He ran red lights, and at one point drove on the sidewalk before encountering Shabaan’s truck.

The Riverside County Sheriff’s Department took Reed and a woman who was a passenger into custody, but the woman was later released.

Reed was taken to a hospital for treatment after the crash; both the passenger and Shabaan were uninjured.