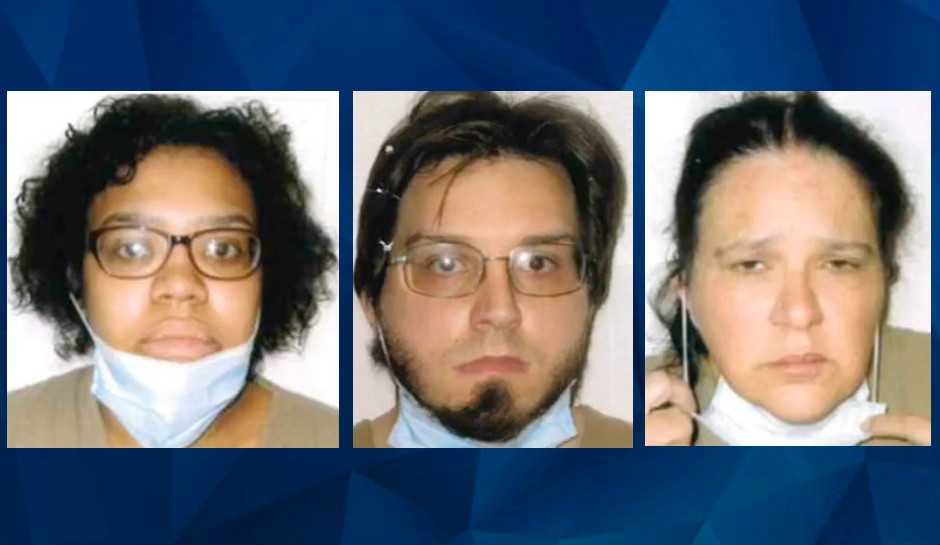 Wendy Yost, Jennifer Yost, and Todd Richter have been arrested on child abuse charges, according to WFMZ, which said the brutality went on for three years until a bruised 12-year-old boy escaped the attic in March and was seen by a neighbor.

“Fortunately, one of our residents saw this young man out pacing around back-and-forth, and although she’s used to seeing children running around the streets, this child looked like he was in distress and she just asked him, ‘Hey, buddy. Do you need some help,'” Minersville Police Chief Michael Combs said.

The woman called 911, and police arrived. All three children were immediately taken from the home. In addition to the 12-year-old, an 11-year-old boy and a 9-year-old girl were rescued from the attic, WNEP said.

“I’ve never seen anything like this in Minersville,” Combs told WFMZ. “We’ve had certainly cases of child abuse, child sexual exploitation and things like that, but that these children endured this many years of this kind of treatment is beyond anything that I’ve seen.”

“The only plus to it is that the children are now safe and getting treatment and won’t be put back in that environment.”

An affidavit filed in the case said the children were beaten with things like bats and mallets, and they were given little food.

Police said Richter, 32, is the biological father of all three children, Jennifer Yost is his fiancee, and Wendy Yost is her mother, according to WNEP. The police report also said the children were shoved down stairs and frequently given moldy food to eat.

“It was a sad case, but we’re happy that those children are out of that situation. They told us how to get water to drink, they were being locked in the attic, and they would open the window, and there’s a drain there, and they had an old peanut butter jar or something, and they would stick it underneath the drain in order to get something to drink,” said Combs.

The Yosts and Richter have been charged with endangering the welfare of children, aggravated assault, harassment, and other charges. They were denied bail and are awaiting a preliminary hearing on April 13.