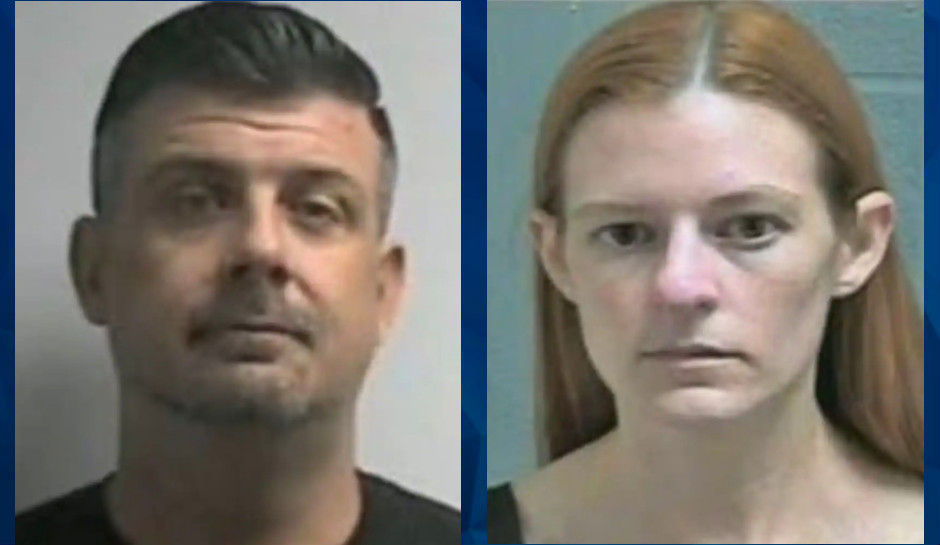 A former Oklahoma attorney and her boyfriend have been arrested for killing the boyfriend’s ex-girlfriend and her parents in 2019.

Now, Harroz and Titus have been charged with premeditated murder and burglary in the home invasion and murders, KFOR reports.

Harroz and Titus are currently in federal custody, serving time on weapons charges related to the case. Harroz was sentenced to two years on March 23, and Titus was sentenced to 3 years on April 3 after they each pleaded guilty. Harroz lost her law license after the guilty plea.

Investigators said they found the victims dead of gunshot wounds, each shot with two different caliber weapons, on September 7, 2019, Fox News reports. Surveillance video showed two masked people approach the house at around 3 a.m. that morning after getting out of a silver 2017 Lexus — the same color, make, and model of Harroz’s vehicle. The video stopped shortly after their arrival, which investigators believed was because the pair cut the power to the house. A clock on the stove in the kitchen put that at about 3:04 a.m.

Detectives also said they found a cap near where the Lexus had parked. The cap contained 9mm and 5.56 shell casings — and Titus’s DNA.

Eichor’s uncle, Steve Newman, found the bodies and told police about the bad blood between the family and Titus. He also said that Harroz at one point tried to plant drugs at the home.

Then Harroz’s brother in Texas handed over an AR-15 to law enforcement there, saying it may have been used in the slayings. Federal prosecutors determined Titus and Harroz bought it a month before the Chandlers and Eichor were killed.

Iski said the AR-15 was “one of many things” that led to the charges. She also said that filing charges was delayed when COVID-19 forced the closure of the courts, which just reopened last month.