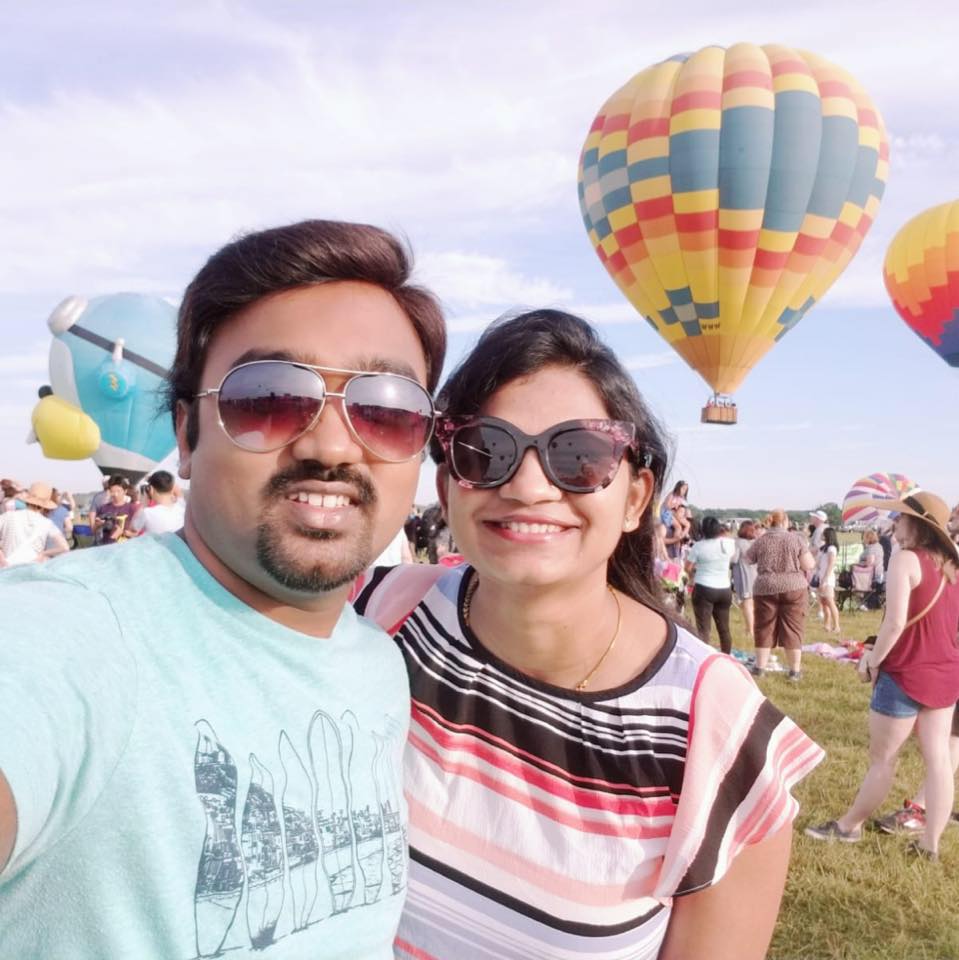 Another woman was murdered in the same apartment years before

A New Jersey couple was found dead inside their home this week in a suspected murder-suicide, while their young daughter was located physically unharmed, WPIX-TV reports.

Police on Wednesday evening were called to an apartment in North Arlington, New Jersey, after a neighbor concerned about the family looked through a mail slot and saw two people on the living room floor.

Officers forced their way into the unit and found 31-year-old Aarti Rudrawar and her husband, 33-year-old Balaji Rudrawar. They both had multiple stab wounds and were pronouned dead.

Investigators believe that Balaji Rudrawar stabbed his wife to death. He also had stab wounds, but authorities are still working to determine the exact manner of death, according to NJ.com.

The couple’s young daughter was found in the apartment physically unharmed, and officials do not believe anyone else was involved in the deaths.

Bharat Rudrawar, the father of Balaji Rudrawar, told the Press Trust of India that Aarti Rudrawar was pregnant, according to NJ.com.

“My daughter-in-law was seven months pregnant,” Bharat Rudrawar told the news outlet. “We had been to their house and were planning another trip to the U.S. to be with them again.”

Gobindsingh Nihalani, a friend of the couple, created a GoFundMe page for the child. More than $88,000 had been raised as of Saturday. Plans were in the works to reunite the girl with her grandparents.

Nihalani described Balaji and Aarti Rudrawar as “a couple of few words but many smiles.” She wrote on the GoFundMe page that Balaji Rudrawar worked for Larsen & Toubro, an information technology firm based in India.

North Arlington Daniel Pronti said the community must come together in the wake of the tragedy.

“A North Arlington family is gone, they’re completely decimated and there is a small child left behind,” Pronti told NorthJersey.com. “As a community, we need to rally behind everyone who was affected.”

The same apartment complex was the scene of gruesome killing five years ago, when a man beat his wife to death with a hammer, according to NorthJersey.com.