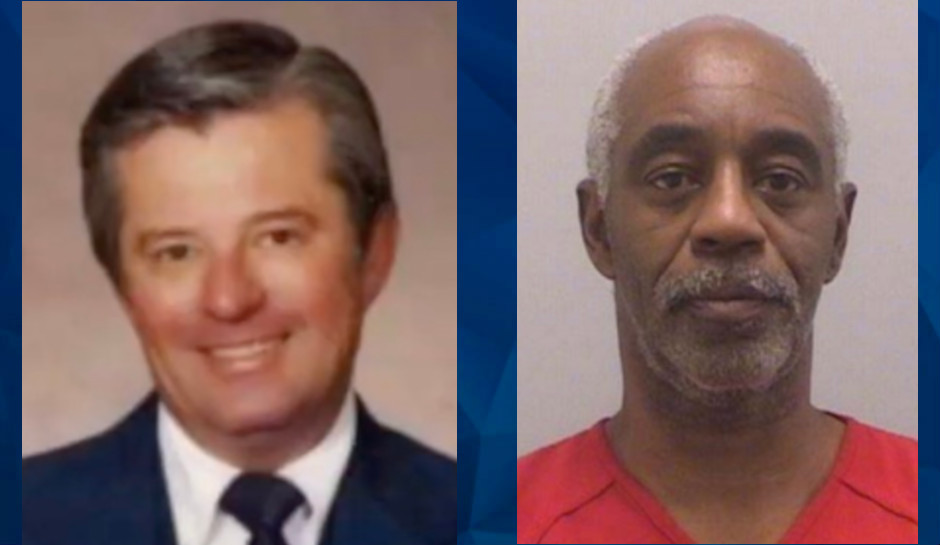 Colorado investigators used DNA from a water bottle used during a cross-country flight to nab a suspect in a decades old murder.

Roger Dean, then 51, was shot and killed at his home on November 21, 1985, when a masked intruder entered his house and forced him to tie up his wife, according to 9 News.

The perpetrator demanded $30,000 from the couple’s savings account, then got into scuffle with Dean and shot him five times, the Denver Channel reported. The suspect was last seen running down the street, then jumping into a car that sped away. Dean died en route to the hospital.

Douglas County Sheriff Tony Spurlock announced Friday that Michael Jefferson, 64, was arrested for the crime in Los Angeles and had since been extradited to Colorado to stand trial for first degree murder and kidnapping.

An arrest affidavit released Friday said that investigators had DNA from hair on the ski mask the perpetrator was wearing, but that in 1985, DNA technology couldn’t pull out useful information. Eighteen years later, the technology had improved enough to develop a profile, but the Colorado Bureau of Investigation got no hits from a national DNA database.

In 2018, CBI investigators sent the sample to a different lab for yet another analysis, and two years later they contracted with an investigators who worked in DNA genealogy. That investigator found a family with two sons, one of whom was the likely killer. Michael Jefferson was one of those sons, and, investigators learned, he lived in Colorado in 1985.

Detectives began to monitor their suspect, who now lived in New Orleans, and boarded his New Orleans to Los Angeles flight one day last month.

When investigators processed the DNA sample from the water bottle, they found it was consistent with the genetic material found on the ski mask in 1985.

The affidavit does not explain if Dean and Jefferson knew one another at the time. Jefferson, who is being held without bond, is due in court on April 14.

Five years after Dean’s murder, the family received a letter from someone who claimed to be involved in the shooting and demanded $150,000 the writer claimed Dean owed him.

On a cold snowy morning in Nov. of 85 I had your husband Roger murdered,” the letter said. “At this point you are probably frighten, and hoping this is some kind of joke. Well you should be frighten be cause this is NO JOKE!! To prove to you who I am, I will recount some of the events that took place that morning …”

The letter provided details of the murder and then said, “I took off my ski mask so Roger would know who killed him and why.”

The family received more letters in 1990 and occasional cassette tapes. Investigators say the voice on the tapes resembled Michael Jefferson’s, but the statute of limitations has run out for any extortion-related charges.