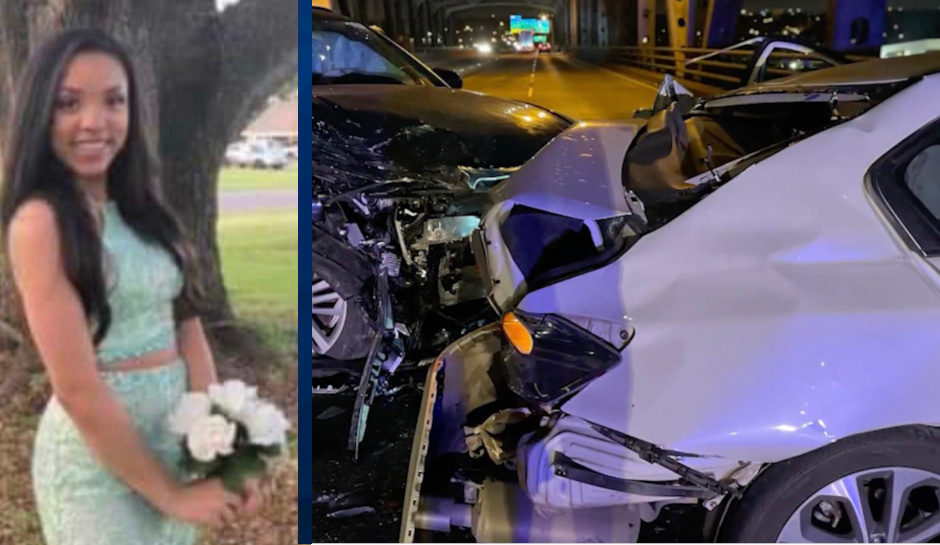 Missing Louisiana State University student Kori Gauthier drove back and forth between a Mississippi River bridge and the LSU campus several times before her wrecked car was found on the bridge — still running and with her purse and cell phone inside.

“They saw that using videos from the surrounding stores, places she passed, she drove towards the bridge and then away and then towards and away about four times prior to actually getting onto the bridge where the accident occurred,” Gabrielle Clements said. “So it was more so like a sporadic drive to them, where they weren’t sure what she was doing because she had already texted, I believe, her cousin or her brother that she was on the way to them.”

Both Kirby Clements and Grace said they were concerned that the seemingly erratic driving pattern may have indicated something nefarious.

“I was thinking that someone in the car was there or was she being followed by someone and was trying to avoid anything, because I think that it was reported that the vehicle decelerated rapidly at the bridge,” Kirby Clements said. “So those are my concerns, is that it was either was someone in the car, was she having an argument and just got out or was she being followed and as you indicated, someone staged an accident.”

But even more concerning, he said, was that law enforcement found the car, still running, with her purse and cell phone inside, and simply towed it, without even notifying Gauthier’s family, who learned she was missing when her employer called after she missed work later that day.

“I mean, if you find a vehicle running with no driver, that says to me, start looking around for the driver right now, because it’s a vehicle on the bridge, purse, cell phone,” he said. “Why tow? Someone should have been looking that night.”