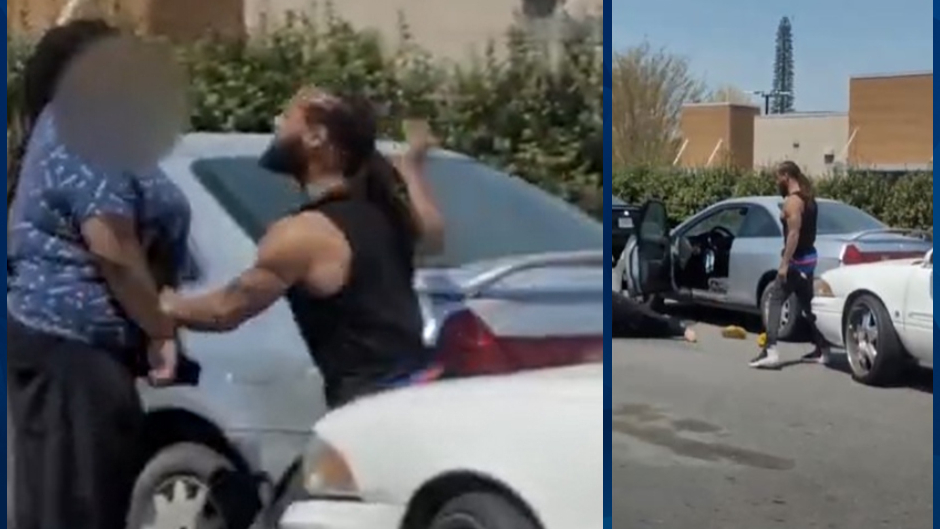 SEE IT: Perp caught on dashcam road-rage video punching woman has 40 prior arrests, but WALKS OUT OF JAIL

A North Carolina man is out of jail after he was allegedly filmed last Wednesday assaulting a woman in a road rage incident.

The reported incident occurred on April 7 at an Exxon gas station in Charlotte. Video footage shows the 22-year-old woman driving down Interstate 85 while Demont Forte, 45, follows in another vehicle; the pair pull into the gas station’s parking lot, where the physical altercation occurs, according to WBTW.

While in the parking lot, Forte allegedly punched the woman in the face, causing her to fall to the ground. Police said he fled the scene after the assault.

The witness who filmed last week’s incident told the Queen City Nerve that Forte used his car to try to push the victim’s vehicle and “spin her out.” He also said he saw pieces of the cars falling onto the interstate before the altercation ensued in the gas station parking lot.

The witness reportedly called 911. The victim suffered minor injuries and was taken to the hospital for an examination, according to the news outlet.

Forte was arrested the same day and charged with assault with a deadly weapon, assault on a female, and hit-and-run. He was released from custody the following day. It is unclear how much bail he posted.

Reports indicated that Forte has a lengthy criminal history which includes 40 prior arrests for offenses ranging from assault to attempted murder. He was arrested in January on charges of assault on a female, assault resulting in serious bodily injury, assault by strangulation, and false imprisonment.

Forte was also involved in a standoff with SWAT in 2017. At the time, he had outstanding warrants and he refused to surrender to authorities. SWAT, who was called in due to Forte’s violent criminal history, breached the residence and arrested Forte two hours into the standoff.

Court records indicate that Forte is due in court on May 19, though it is unclear whether it pertains to January’s incident or the assault that occurred last week.