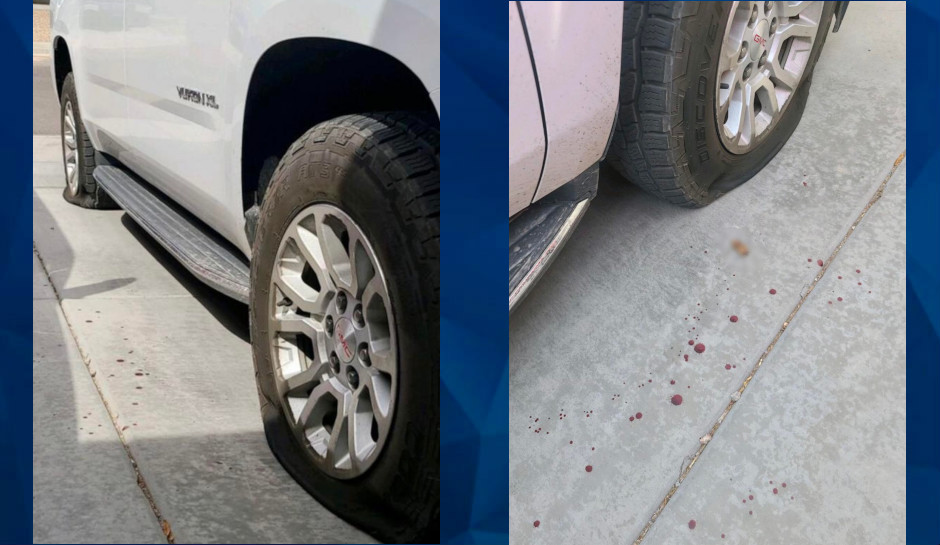 An Arizona woman said she found two of her tires slashed Thursday morning, and that wasn’t all: The tire-slasher appeared to have left a severed finger behind.

Francesca Wikoff told the Maricopa Monitor that a trail of blood led to a nearby residence, and she’s pretty sure she knows whose finger she found on her driveway.

“My neighbor heard him yelling and crying, probably about like 10:30 p.m., so we figured that’s when it happened,” Wikoff said.

Maricopa police documented the scene and took the finger. The man she suspects hasn’t been seen or heard from since the yelling Wednesday night, Wikoff said.

Wikoff said that aside from the blood trail, she also suspects the neighbor because he had an altercation with her family the night before after tagging along uninvited to a get-together at another neighbor’s house. He reportedly became intoxicated and belligerent, trying to pick a fight with her husband and then shoving her.

“He was asked to leave, and he didn’t like that,” Wikoff said.

Wikoff said the slasher managed to avoid being seen on the family’s surveillance cameras.