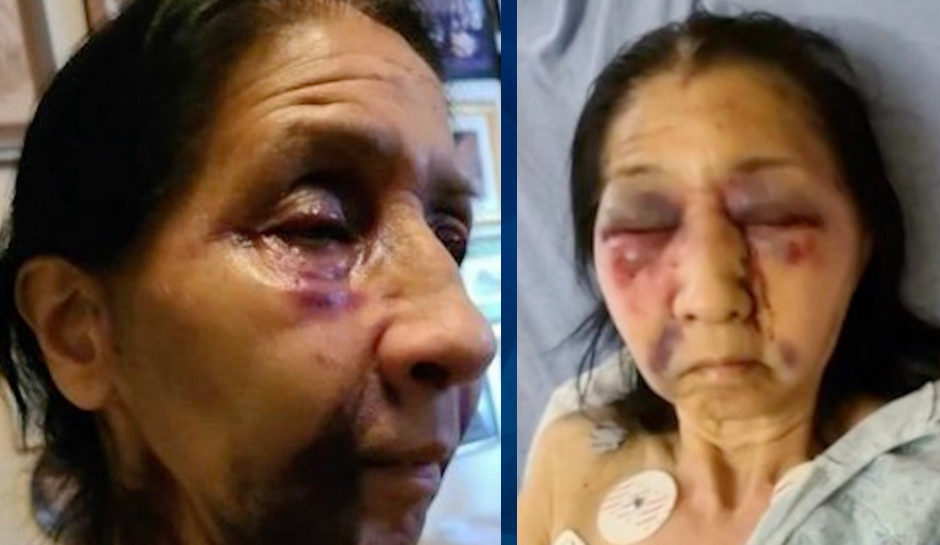 A Mexican American grandmother was severely beaten on a Los Angeles Metro bus last week when she was profiled as Asian American, according to her son.

The son, who identified himself as Pete, said his mother was heading to a supermarket on the 81 bus Friday afternoon to shop for her granddaughter, The Eastsider reported.

Pete said his mother was trying to get off the bus when she was attacked by another passenger, who started the beating by calling her a racial epithet applied to people of Chinese descent.

The suspect reportedly dragged the victim from the back of the bus to the front, Pete said.

“Nobody would help. Not even the bus driver,” he said.

In photos provided by her son, the victim’s face is seriously bruised and swollen, including her eyes. Pete said the suspect pulled some of his mother’s hair out and broke her nose, and the victim suffered a concussion. She was held overnight in a hospital and treated, but Pete said she now has some difficulty walking because a leg was badly injured, which compounded her arthritis.

Los Angeles police say they are still gathering information on the incident. But a department spokesperson confirmed 23-year-old Yasmine Beasley was arrested following the incident at about 1:30 p.m. Friday at the corner of Figueroa Street and La Loma Road.

Jail records show that Beasley is being held on $130,000 bond after being charged with a felony. She is due in court on Friday.