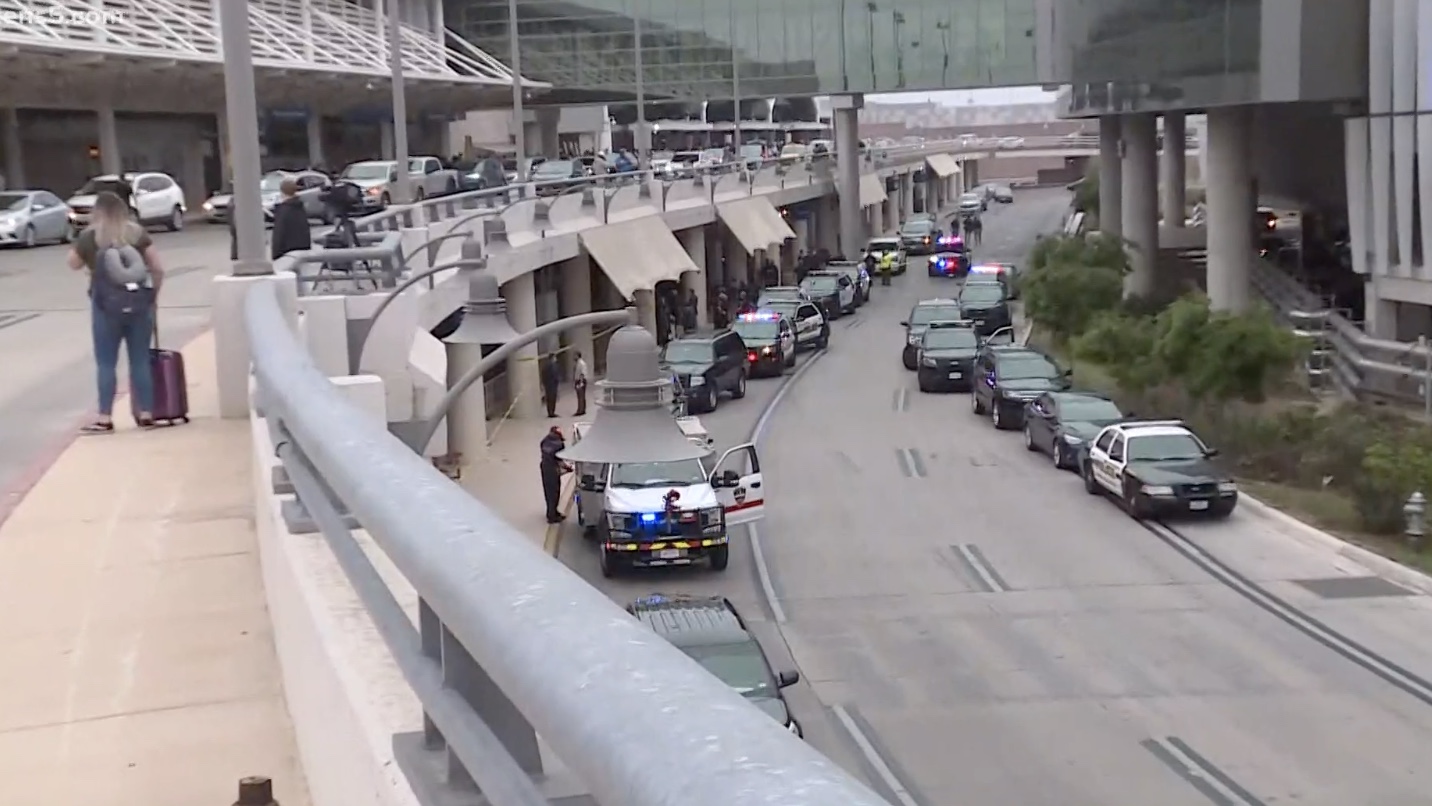 A San Antonio Park Police officer “saved a lot of lives” Thursday when he shot and killed a gunman at San Antonio International Airport.

San Antonio Police Chief William McManus said the officer responded to a call about a wrong way driver near the arrivals area of Terminal B. The officer, who has not been named, stopped the vehicle, but “the driver jumped out and started firing,” McManus said.

The chief said the suspect, who has also not been named, was firing “indiscriminately” all around him. The officer returned fire, striking the suspect.

“The officer who stopped this saved a lot of lives,” McManus said. “This guy had a full box of ammunition. He had a .45-caliber handgun. He was shooting at the direction of the terminal, at the police officer, and behind him. We were very lucky not to have a lot of people injured or killed.”

“What we had there was the start of an active shooter situation.”

The suspected shooter was taken to a hospital, where he was pronounced dead.

McManus said investigators believe the airport shooter is the same man who was firing indiscriminately from a highway overpass earlier Thursday. He matched the description, the chief said, and shell casings found at that scene were identical to those found at the airport scene. McManus said the department has a history with the man, described as in his 40s, and that detectives believe mental issues led to the shooting.

The chief said that one person may have been hit by shrapnel and was treated on the scene, and another sprained an ankle trying to get away from the gunfire, KENS 5 reported.