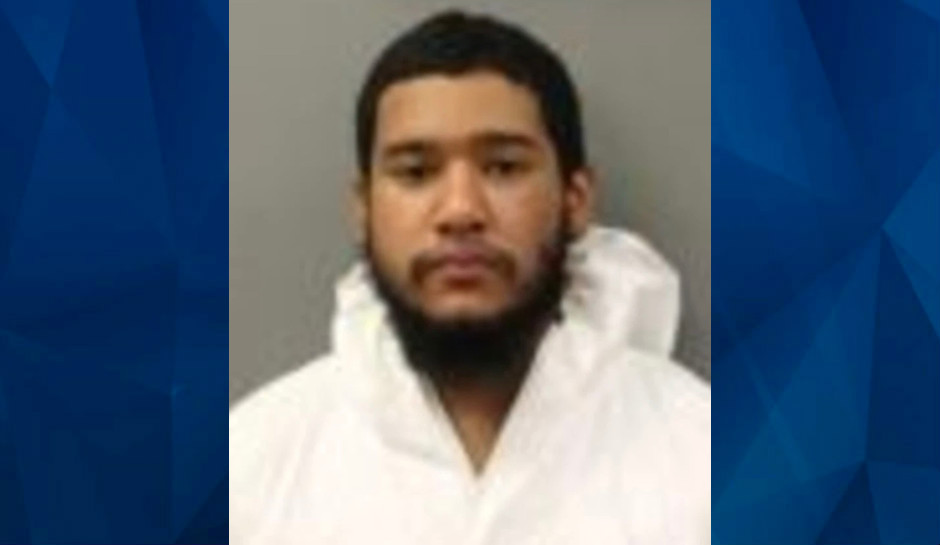 A Chicago mechanic has been charged with using a “large machete” to kill a co-worker and hiding the man’s body in the trunk of a Cadillac — and the shop’s surveillance cameras captured audio of the murderous attack.

In court on Friday, Cook County prosecutors said Felipe Villalobos-Calderon, 42, suffered several deep cuts, including one that “nearly decapitated” him, according to the Chicago Tribune.

Assistant State’s Attorney Kevin DeBoni didn’t offer a possible motive for the attack, instead saying that the suspect, 21-year-old Martin Molina, appeared to get along with Villalobos-Calderon, according to the Sun-Times.

DeBoni told the court that Villalobos-Calderon was seen arriving at work at Tapias Auto Repair at about 9:30 a.m. on Wednesday, with Molina arriving about an hour later. Villalobos had unplugged the shops security cameras to use the outlet for something else, but the system captured audio.

Villalobos-Calderon can be heard saying in Spanish, “Stop messing around, a******. Stop, wait. Chill out. I’ll leave. … I’ll leave. … Here comes your dad, dude,” according to Deboni.

Deboni said his voice “abruptly stopped” and was followed by a series of “loud thumping noises.”

Other employees began arriving at the shop, where they found Molina covered in blood and pools of blood on the floor as well as a hose that appeared to have been used to wash blood down a floor drain. According to DeBoni, the first employee to arrive jokingly asked Molin if he’d killed someone. Molina said he’d been in a fight and asked the coworker to move his car near a garage door, but the employee instead called Molina’s father and reported a fight to Chicago police.

Molina told other co-workers that he’d hurt himself but refused medical attention. Another employee saw him put a cardboard box in the trunk of a Cadillac and then drive away.

Police eventually found Molina in the Cadillac’s driver’s seat, covered in blood. The machete and another knife were found in a nearby alley, the Tribune said.

Molina’s defense attorney said Friday that Molina suffered from mental issues that could be triggered by fights, but that he’d never been violent before.

Judge Susana Ortiz ordered him held without bond and called the attack “extremely violent and extremely vicious.” He’s due back in court on May 6.