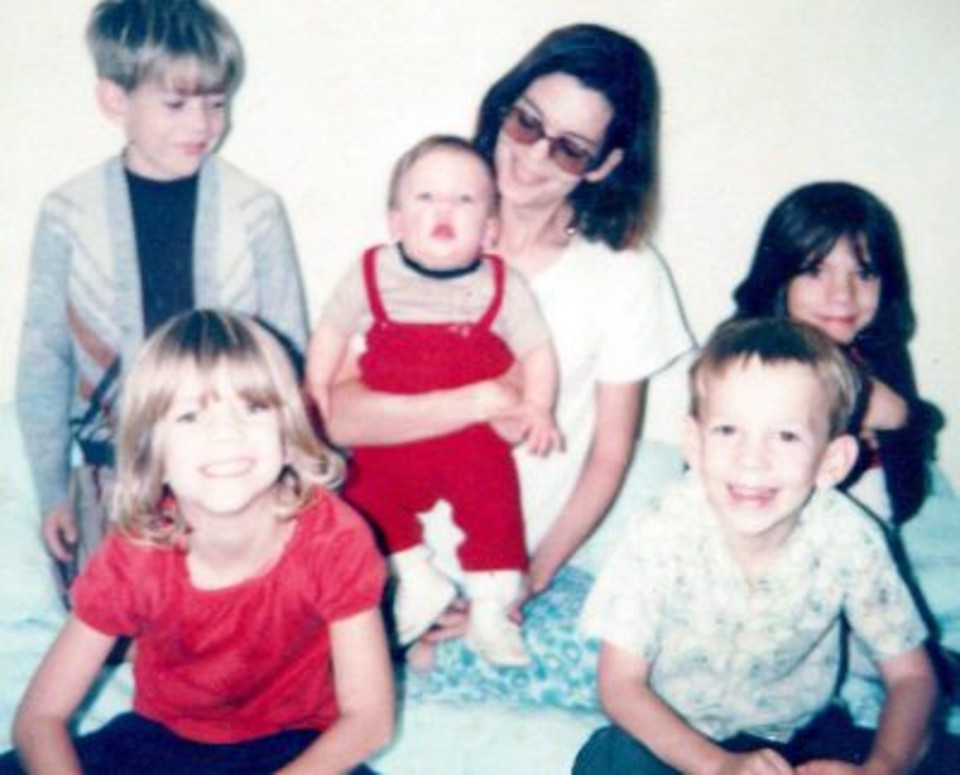 The gruesome murder of a mother and three children 40 years ago continues to haunt investigators, who believe someone knows what happened, KXTV reports.

On April 11, 1981, Sheila Sharp, then 14, discovered three bloodied bodies inside her home in Keddie, California: her mother, Glenna “Sue” Sharp, her brother John Sharp and one of his friends, Dana Wingate.

The victims’ hands and ankles had been bound together with white medical tape, the Plumas County News reports. Glenna Sharp’s mouth was also bound with a blue bandana, her panties and medical tape.Blood was everywhere.

While three other siblings were found alive and unharmed in a spare bedroom, Sheila’s 12-year-old sister, Tina Sharp, was missing. Police suspected she was abducted.

Sheila had spent the night in a cabin next to her home for a sleepover with a friend. She had come back to the residence in the morning to change clothes for church when she came upon the grisly scene.

Officers recovered a hammer and knife from the home. Police also produced sketches of potential suspects based on what one of the surviving children remembered, but he gave conflicting accounts of what happened, telling authorities that he saw the killings and also was dreaming.

For years, the case went nowhere.Then after three years, on April 22, 1984, human remains were found in the woods about 100 miles away.

When the discovery of the remains was made public, the Butte County Sheriff’s Office received a mysterious phone call.

“I was watching the news and they were talking about the girl found at Feather Falls. I was just wondering if you thought of the murder up in Keddie, in Plumas County a couple years ago, where a 12-year-old girl was never found,” the caller said, according to a recording obtained by the television station.

Authorities later determined that the remains were indeed that of Tina Sharp, the missing 12-year-old girl.

Investigators have since identified two possible suspects: Martin Smartt, who lived near the Sharps, and a friend of his, John “Bo” Boubede.

According to KXTV, Smartt said in interviews with police that a hammer had gone missing from his home. Authorities recovered a hammer in 2016 in a pond down the road from the crime scene, although it is not clear how investigators determined the hammer belonged to Smartt.

Nonetheless, police believe the hammer was put in the pond intentionally.

Smartt moved away from Keddie shortly after the killings, and in an odd letter to his then-wife around that time, he wrote, in part: “I’ve paid the price of your love & now I’ve bought it with four people’s lives,” according to a copy of the letter obtained by the Sacramento Bee.

Detectives say they believe others may know what happened. In April 2018, investigators determined that DNA recovered from the scene matched that of a living suspect, according to the Plumas County News.

The DNA material was from white medical tape, which was consistent with the tape used to bind the hands and ankles of the victims, the newspaper reports.

Police have said that as many as six people may be involved in the slayings, either directly or by helping to cover them up. Authorities still have not made any arrests.

To report information about the case, call the Plumas County Sheriff’s Office at 530-283-6360.