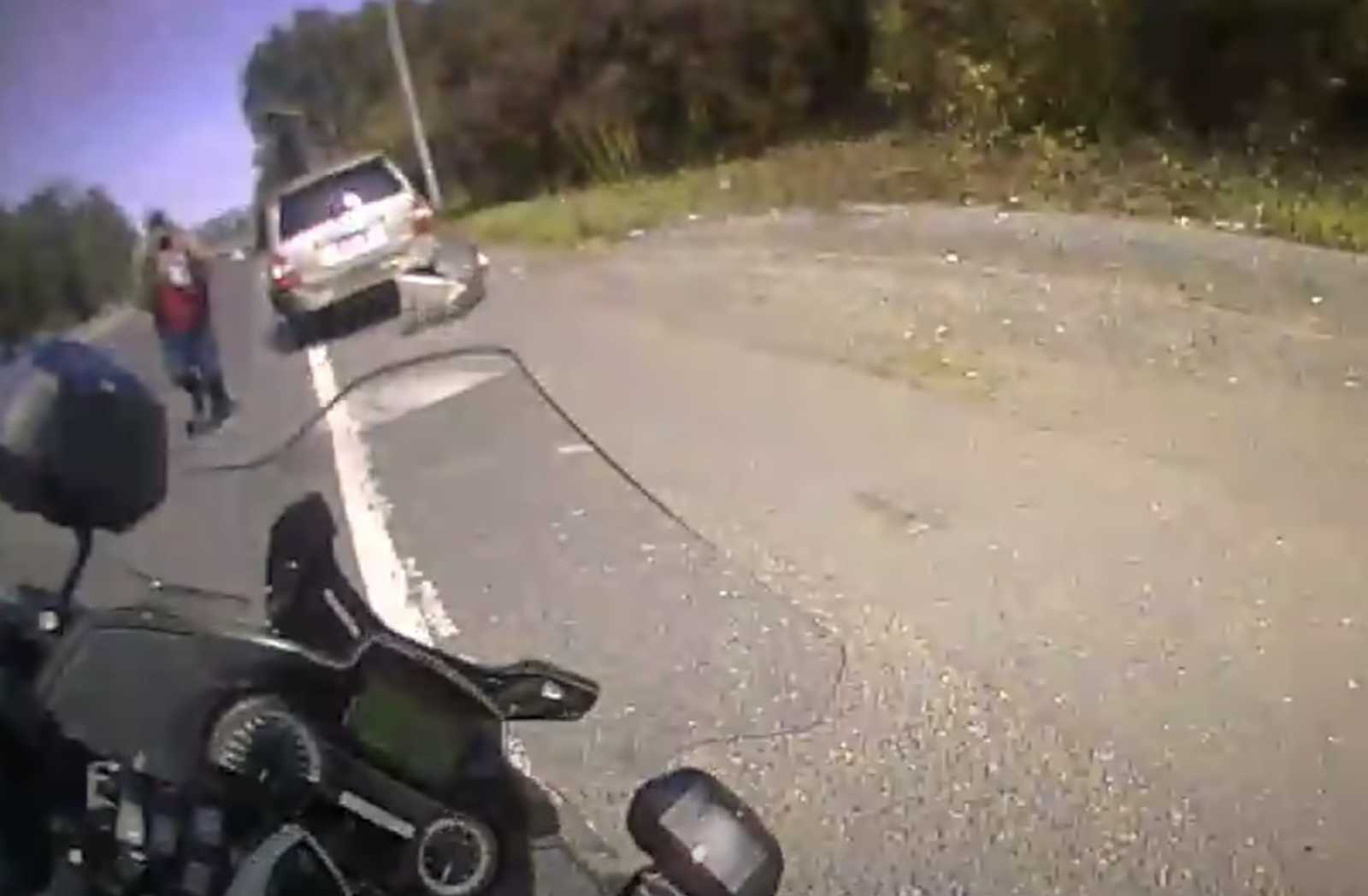 The suspect, 34-year-old Joshua James Gloria, was spotted on March 24 driving a car believed connected with an armed robbery in San Francisco, according to Fremont Police, and Fremont Police Officer Brian Burch followed the vehicle as it entered a shopping center parking lot. When Gloria drove back out of the lot and onto the street, Burch, on his motorcycle, pursued as the vehicle turned off Newark Boulevard and onto the Highway 84 eastbound ramp.

Police said Gloria hit several vehicles, obtained a flat tire, and came to a stop on the shoulder of the highway near the top of the ramp. As Burch neared, Gloria got out of the vehicle and opened fire, forcing Burch to dive off his motorcycle and onto a grassy embankment to avoid the gunfire. He quickly stood and returned fire, striking Gloria.

The video shows Gloria moving toward Burch, who is still on the motorcycle. Burch dives off, shouting “Oh s***” and yelling “Shots fired” repeatedly into his radio. When Burch turns back toward the highway, Gloria is straddling the officer’s motorcycle. He begins to run as Burch fires five shots, and Gloria falls forward to the ground.

Fremont police said that the San Jose Police Department reported that it had a warrant for Gloria’s arrest. He was wanted for attempted murder in connection with a shooting at an illegal gambling facility.

Fremont police said that the highway patrol and the Alameda County District Attorney are still investigating the incident.