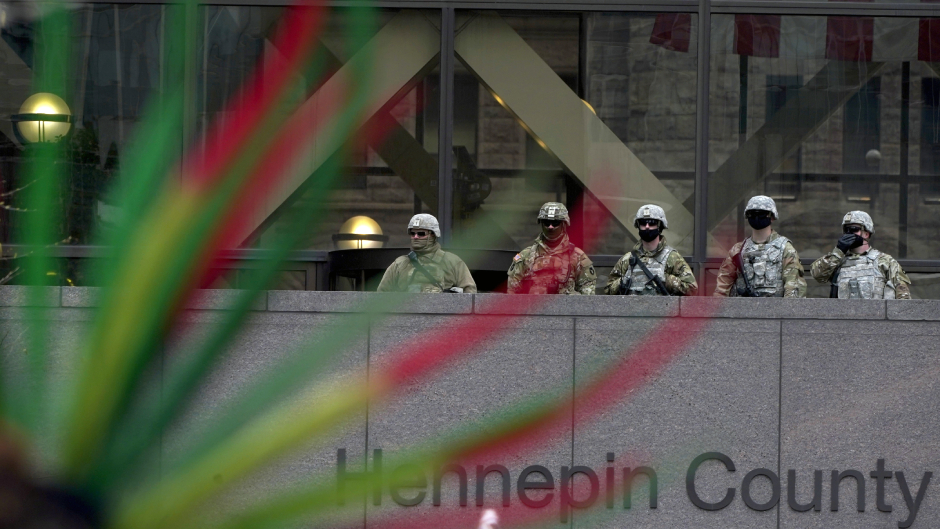 Employees at the courthouse were told to leave the downtown area in anticipation of a verdict announcement in the Derek Chauvin trial, according to emerging reports.

It took jurors roughly 10 hours to deliberate in this case. WCCO reported that Hennepin County court employees were instructed to stop their duties and leave the downtown area as the verdict announcement is imminent.

The news comes as Minnesota governor Tim Walz declared a state of emergency in seven counties. The New York Times reported that National Guard troops are on standby in the event of an acquittal. Dozens of troops are at the courthouse, which is surrounded by razor-wire fencing and concrete barricades.

Chauvin is charged with third-degree murder, second-degree murder, and second-degree manslaughter in connection with George Floyd’s May 2019 death. While the prosecution claimed Chauvin killed Floyd, the defense claimed the ex-officer used reasonable force and other factors contributed to Floyd’s death.

A live stream of the verdict announcement is available for viewing below:

During the trial, the state introduced several expert witnesses who testified that Chauvin’s knee on Floyd’s neck killed Floyd, not drug use or an underlying heart condition. One of the most prominent experts was pulmonologist Dr. Martin Tobin, who testified that a healthy person would have died under the conditions Floyd was subjected to.

Conversely, one of the defense’s witnesses, retired medical examiner Dr. David Fowler, suggested that carbon monoxide from the police cruiser’s exhaust may have contributed to Floyd’s death.

In his report to the court, Fowler said Floyd’s blood should be tested for carbon monoxide levels. While the prosecution attempted to submit evidence showing Floyd’s levels were normal, the judge determined they did so too late and barred them from referring to the report.

The defense also introduced bodycam footage from Floyd’s May 2019 arrest, which occurred a year before his death. During a traffic stop, officers reportedly discovered several opioid pills and cocaine in Floyd’s possession, and Floyd was hospitalized after allegedly swallowing several pills.

Nelson said the May 2019 and 2020 videos had striking similarities. He claimed videos proved Floyd had a penchant for acting out during arrests and swallowing pills in hopes of being sent to the hospital instead of jail. He also said the videos support the theory that white residue seen around Floyd’s arrest during his May 2020 arrest was the result of Floyd swallowing at least one opioid pill.

On May 25, 2020, Minneapolis police officers were filmed arresting Floyd, 46, on suspicion that he used a counterfeit bill at the Cup Foods supermarket. After police pulled Floyd out of his car and handcuffed him, Chauvin was filmed forcing his knee into Floyd’s neck for more than nine minutes.

Both the county’s and the independent report mentioned drugs in Floyd’s system. However, both reports listed his cause of death as a homicide.

Chauvin was tried separately from the other three former officers involved in the deadly arrest. Their joint trial is scheduled to begin this summer.