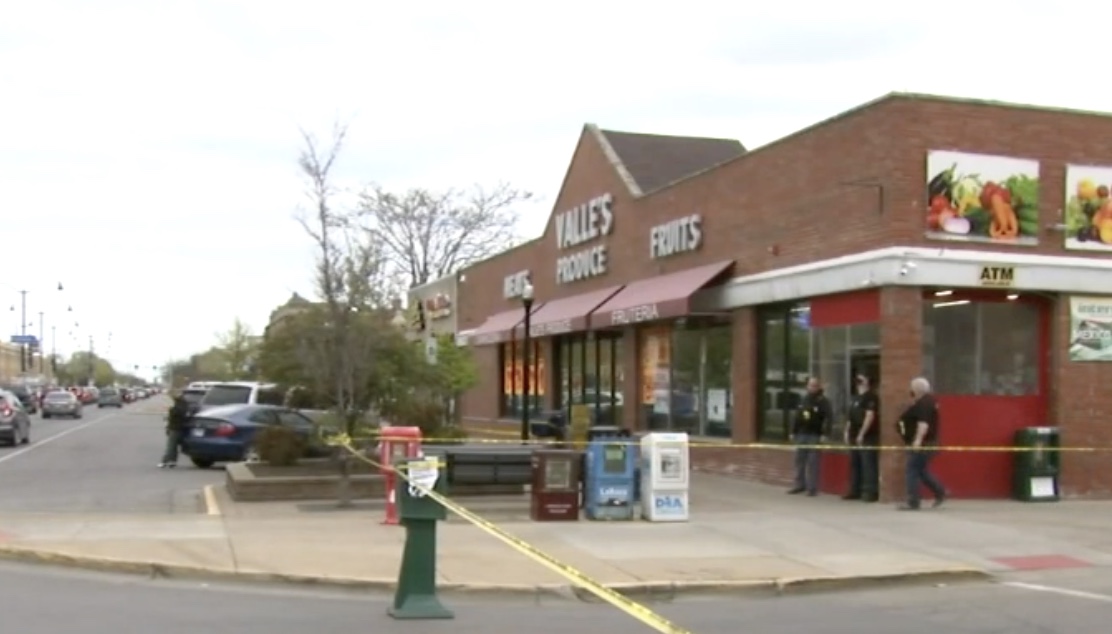 A good Samaritan was stabbed to death at a suburban Chicago grocery store Friday morning when he tried to intervene between an irate customer and a 14-year-old girl and her mother.

Berwyn police said the customer became angry with when the girl asked her mother, a cashier at the store, the price of a bottle of water. The customer accused the girl of cutting in line, which she denied, but the man began shouting obscenities at her and then punched her several times in the face, WLS reported.

The mother came from behind the cash register to defend her daughter, but the customer punched her as well.

Witnesses told police that the good Samaritan, identified as 32-year-old Humberto Guzman, intervened. The angry customer initially walked way, but stopped and returned. He pulled out a knife and stabbed Guzman several times in the chest and torso.

Police arrived and rushed Guzman to a hospital, where he succumbed to his wounds.

The attacker had fled the store before police arrived, chased by the cashier and several other people, CBS Chicago reported. A second good Samaritan tried to stop him but was also stabbed. Officers continued the pursuit and eventually spotted him jumping over a fence in a backyard, where they found him covered in blood. He was arrested without further incident; charges have not yet been filed.

The second good Samaritan was taken to a hospital and treated for minor injuries. The teenage girl was also treated at a hospital.

Guzman’s sister told WLS that her brother works for Vitner’s snacks and was at Valle’s Produce making a delivery at the time of the incident.