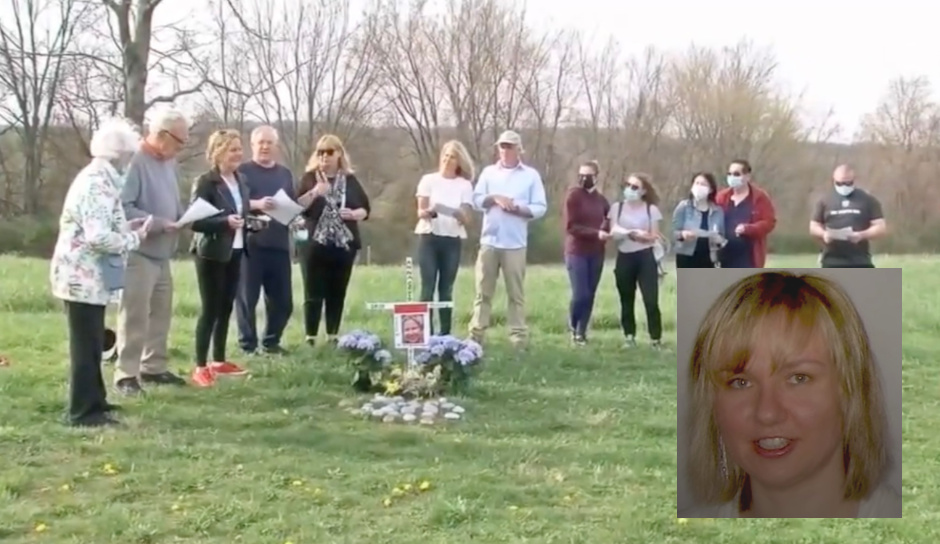 Friends of missing Pennsylvania woman aren’t giving up, 4 years after her disappearance

Friends of a missing Pennsylvania woman gathered for a vigil this month, four years after the wife and mother disappeared.

The gathering was held near the Chester Valley Trail parking lot, where Anna Maciejewska’s car was found a month after her husband, Allen Gould, reported her missing, WPVI reported.

Police said Gould reported Maciejewska, 44, missing on April 10, 2017. The Polish native was the mother of a 3-year-old son at the time of her disappearance, as CrimeOnline previously reported.

By 2018, Pennsylvania State Police said they were investigating the case as a homicide.

Gould reportedly told police that he last saw Maciejewska, 44, leaving their Charlestown Township home and that she didn’t turn up for work that day. However, friends said the last time they spoke with Maciejewska was March 28 — after that, they claimed to have only spoken to her through text messages. One of those texts reportedly entailed a happy birthday text to her father that included unintelligible Polish and mistakes that she wouldn’t have made.

State police also said they’re looking into the two weeks prior to Maciejewska’s reported disappearance. Reports indicated that she had taken time off from work and was scheduled to return the day she was last seen alive.