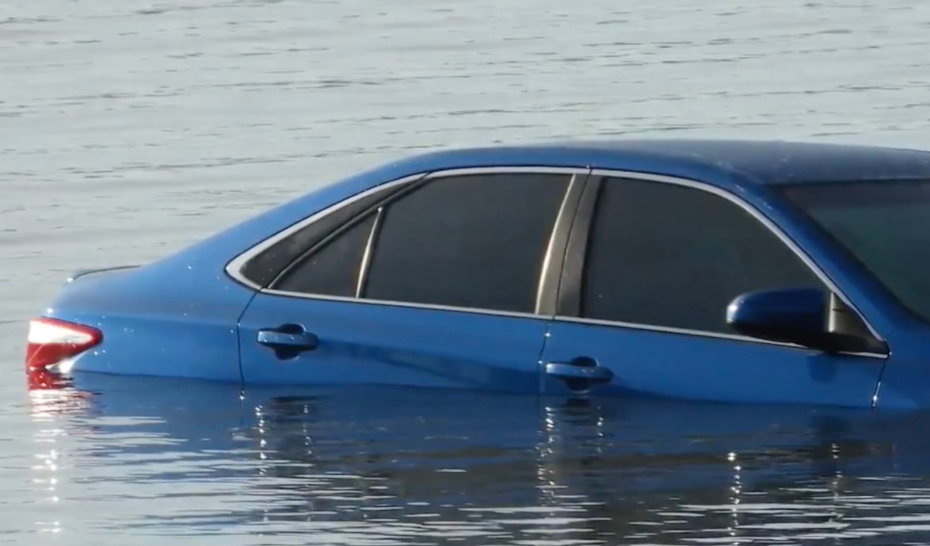 Police in Alabama are investigating what they believe is a triple homicide after three bodies were found a car pulled from Walter F. George Reservoir.

“Our officers arrived and did locate a vehicle that was partially underwater, Eufaula Police Chief Steve Watkins said, according to WRBL. “We started the recovery process and realized that the vehicle was occupied, and we ceased the recovery efforts at that time to start our investigation.”

A source close to the investigation told WRBL that the discovery is believed connected to another investigation at a home 30 miles away in Cuthbert, Georgia.

A group of people on the scene Monday morning told WSFA they were family members of the people found in the blue Toyota and said they were from Cuthbert. The group told the station the names of the victims, but WSFA withheld those names until they are confirmed.

Georgia Bureau of Investigation agents were on the scene in Cuthbert Monday afternoon, WRBL said. Alabama Law Enforcement Agency Cpl Jeremy Burkett sent a press release late Monday afternoon that said the victims in the car “are believed to be residents from out of state.”

The reservoir, formed by the Walter F. George Lock and Dam on the Chattahoochee River, sits on about 85 miles of the state line between Georgia and Alabama, where the the reservoir is known as Lake Eufaula by decree of the state legislature.