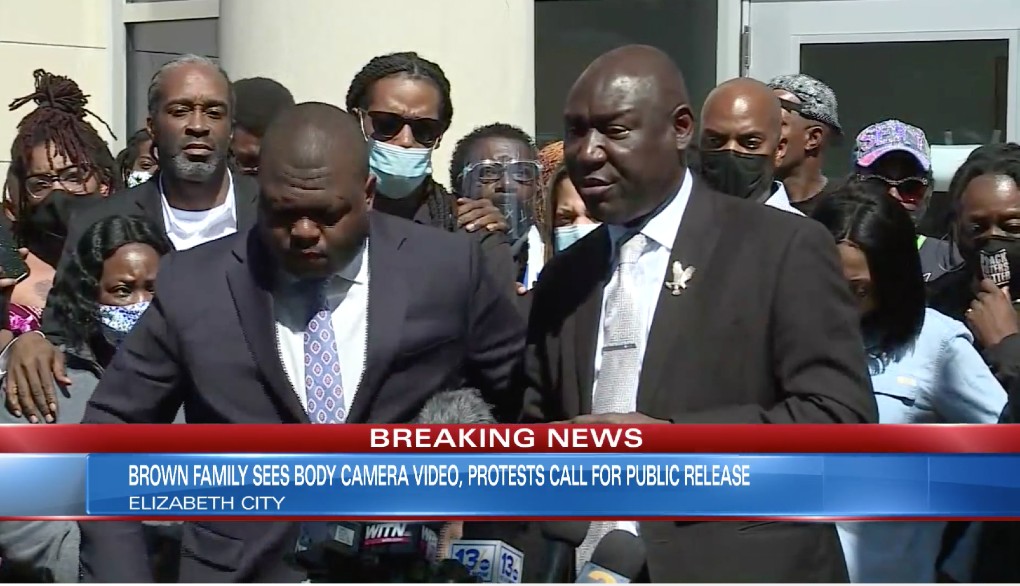 The family of Andrew Brown, who was killed in a police shooting last week in North Carolina, has viewed a portion of the body cam footage that recorded Brown’s fatal shooting.

As CrimeOnline previously reported, Brown was fatally shot on Wednesday after Pasquotank County Sheriff’s deputies attempted to serve a search warrant at a residence in Elizabeth City. The 42-year-old father of 10 was reportedly shot multiple times as he attempted to drive away from the scene.

Following the fatal shooting, seven deputies were placed on administrative leave and three others resigned. Pasquotank County Sheriff’ Tommy Wotten reportedly said that none of the three deputies who resigned were involved in the shooting,

Brown’s family and attorneys were initially set to view the body cam footage at the Pasquotank County Sheriff’’s office on Monday at 11:30 a.m, but the meeting was delayed as the sheriff’s office reportedly sought to make redactions to the video, including blurring faces to conceal the identity of the officers. The family ultimately viewed the footage late Monday afternoon, and attorneys said at a press conference that the body cam footage they were permitted to see had been cut to about 20 seconds, and was recorded from a somewhat distant angle.

As WAVY reports, the family and attorneys were able to view the brief footage repeatedly, up to 20 times. At the press conference following the viewing, attorneys said that shots were already being fired at the starting point of the clip they saw. The attorneys also said that Brown’s hands were visibly on the steering wheel of his car and that he was unarmed.

As previously reported, the sheriff’s deputies were serving a warrant in connection to a yearlong investigation into Brown for suspected drug activity. Brown also had two outstanding drug cases. There is no indication he has any history of violence.

It is unclear when any body cam footage will be released to the public.