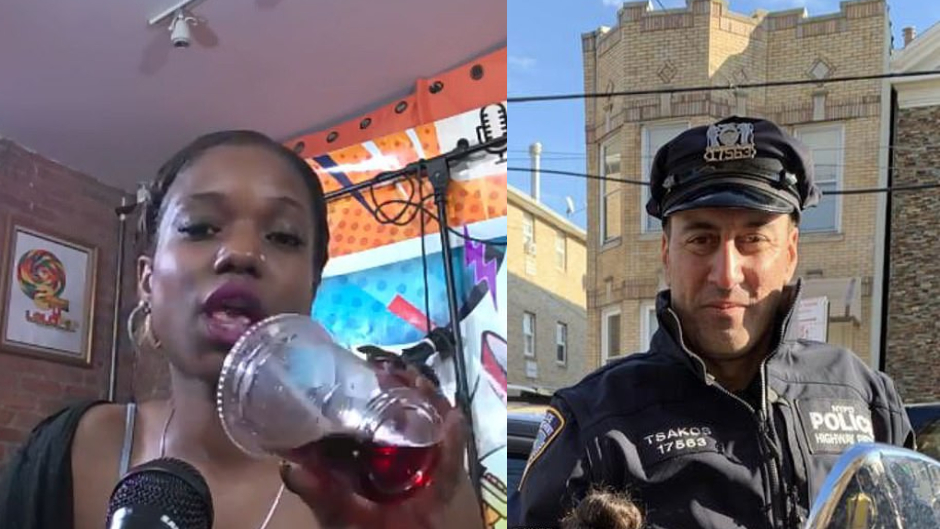 A New York police officer was killed on Tuesday by a woman who allegedly admitted to drinking alcohol and smoking marijuana before the deadly crash.

Hours before allegedly causing the hit-and-run wreck that killed NYPD officer Anastasios Tsakos, Jessica Beauvais was reportedly seen in a Facebook live stream drinking shots and vaping while talking about the Derek Chavin verdict and other officer-related shootings. According to WPIX, prosecutors said on Tuesday that Beauvis, 32, confessed to smoking a marijuana joint and drinking wine and two shots of tequila during the broadcast.

“We’re not scared of the police…We want you to know we don’t give a f**k about you, your mom, or your children or wife. You’re nothing,” Beauvais is heard saying during Monday night’s live steam  — which opened with the song “F**k Tha Police” by N.W.A.

Beauvais is accused of fatally mowing down Tsakos on the Long Island Expressway as Tsakos diverted traffic from an unrelated deadly crash.

Beauvais was arrested at around 2:30 a.m. on Tuesday. Before her arraignment, Beauvais was seen crying while officers led her out of the 107th Precinct station in handcuffs. The hit-and-run suspect explained that she was coming home from a studio where she did her podcast when she fatally struck Tsakos, a 43-year-old father of two.

“I’m sorry…I’m sorry that I hit him and now he’s dead,” she told reporters in a video obtained by the New York Post.

According to the New York Daily News, Beauvais disregarded several traffic cones and flashing lights before hitting Tsakos head-on and smashing her windshield. Law enforcement sources said officers arrested Beauvais a mile from the crash and alleged she swore at police as they took her into custody.

“She admitted that she didn’t know where she was going, what she was doing, but still got in her car and used GPS as if it was automatic pilot,” Patrick Lynch, president of the Police Benevolent Association, told WPIX.

A source also told the Daily News that Beauvais’ driver’s license was suspended after failing to pay a fine following a speeding conviction. The car involved in Tuesday’s deadly wreck reportedly has 25 violations dating back to mid-2018.

Beauvais is facing multiple charges, including vehicular manslaughter, and reckless endangerment, leaving an accident resulting in death, fleeing an officer in a motor vehicle, and driving while intoxicated. She remains jailed without bail.