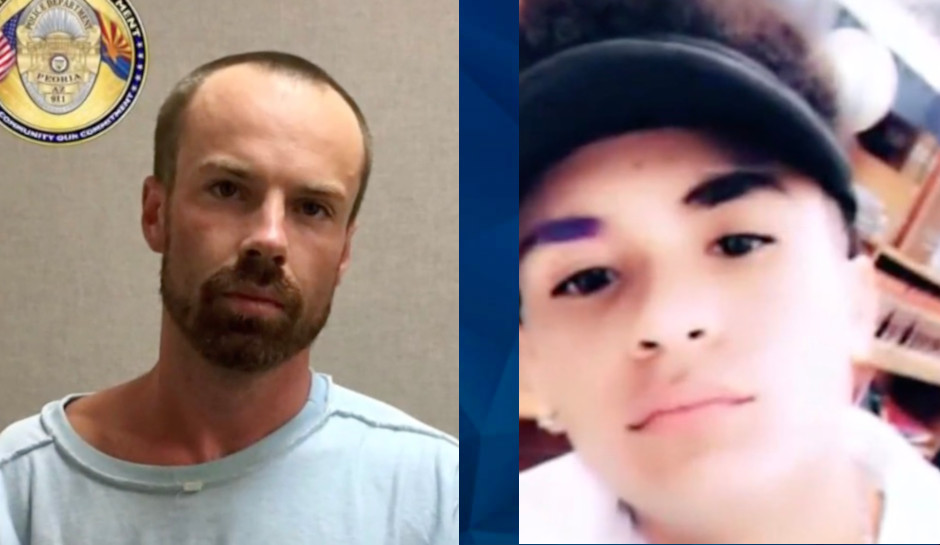 A man awaiting trial for slitting a teen’s throat because the boy’s music “threatened him” was found dead in his jail cell this month in Phoenix.

As CrimeOnline previously reported, Michael Adams admitted killing Elijah Al-Amin, 17, when he heard the boy playing rap music in his car at a Circle K in Peoria, Arizona, at about 1:45 a.m. on July 4, 2019. Security footage showed the teen walk into the store, with Adams following a few seconds later.

Adams circled around the inside of the store once then stopped by a soda machine where the Al-Amin was standing. Adams then allegedly took out a pocket knife and stabbed the victim in the back before slitting his throat, according to police.

Elijah fled the from the store but collapsed near a gas gump. When first responders arrived, they attempted CPR on the victim and rushed him to the hospital, but he was pronounced dead at 2:05 a.m.

Police located Adams shortly after. The suspect admitted to stabbing the teen and admitted the victim didn’t provoke him in any way before the attack, police said. Adams had been released from Arizona State Prison two days before the deadly incident. According to the Arizona Department of Corrections, he spent a year behind bars for aggravated assault and theft.

Authorities have said Adams was found dead in his cell on April 17, according to 12 News, and the Maricopa County medical examiner is investigating the cause of his death.

Elijah’s father, Rasheem Al-Amin, and his mother, Serina Rides, told AZFamily they were pleased they wouldn’t have to go through a trial — which was set to begin next month — but Adams’s death doesn’t mean that justice has been served.

“It just immediately brought all the pain back, like a Band-Aid just ripped off,” said Rides. “It doesn’t bring my son back.”

“I don’t look at that as being justice because at the end of the day, he was still human,” said Al-Amin. “He made a mistake and I look at it like that because it’s a life gone. He has a daughter. I know what she is going through.”