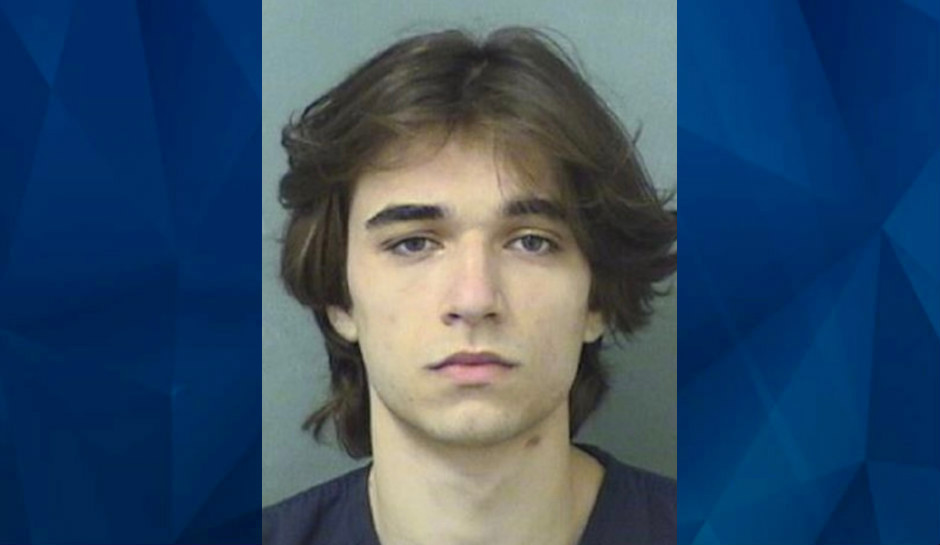 A 19-year-old Florida man has been charged with murder after he shot a man in a Starbucks drive-thru in Lake Worth Beach.

Justin Boersma, 19, allegedly cut in front of a truck driven by 31-year-old Samuel Joseph Rossetti at about noon on Wednesday, according to an arrest report cited by the South Florida Sun Sentinel.

Rossetti reportedly got out of the truck and walked to Boersma’s vehicle, where he banged on the driver’s side window and tore off the door handle.

As he began walking back to his truck, Boersma grabbed a gun, got out of his car, fired three shots at Rossetti, and then sped away, striking another vehicle as he fled.

Palm Beach County deputies arrived quickly, and they and a good Samaritan administered CPR until medical personnel arrived and rushed Rossetti to St Mary’s Medical Center. He was pronounced dead about an hour later.

Witnesses had gotten the license number of Boersma’s Nissan Versa, however, and deputies traced the vehicle to a house about 10 blocks from the Starbucks shooting scene, the report said. Deputies surveilled the property, recording video of a man covering the Versa with a tarp. When several people left the house a little later in another vehicle, they were followed by a sheriff’s helicopter until deputies on the ground stopped the car.

A search of the vehicle found a 9mm handgun in a plastic back under a child’s car seat — the same caliber as shell casings found at the shooting scene. The driver of the vehicle, who was not named, told deputies he knew nothing about the gun.

Deputies brought two people who had been in Rossetti’s truck at the time of the shooting to the traffic stop scene, and they identified Boersma, one of four adults in the vehicle, as the shooter. He was arrested on charges of first degree murder and firing a weapon in public.

Boersma told investigators that he, his girlfriend, their infant child, and a friend were the Versa when Rossetti attacked them and that he shot him because he feared for their safety. He said he was concerned Rossetti was going to retrieve a weapon from his truck but admitted he did not see any weapon, the report said.