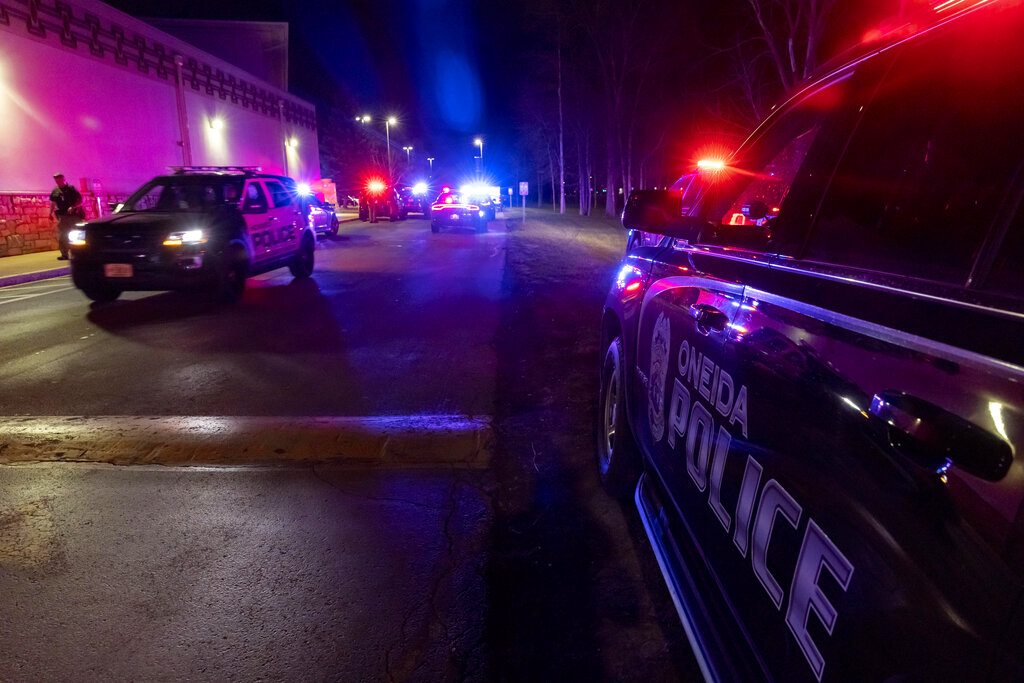 ‘It was chaos all over’: Three dead after gunfire erupts at Wisconsin casino

Two people were killed and a third person was injured Saturday in a shooting at a Wisconsin casino, where the gunman also died when confronted by police, CNN reports.

Just before 7:30 p.m. Saturday, a gunman opened fire in a restaurant attached to the Oneida Casino, located near Green Bay.

Investigators believe the suspect, who has not yet been identified publicly, was targeting a particular employee, but because that person was not working at the time, the man shot the target’s co-workers or friends.

Officers who rushed to the scene later exchanged gunfire with the suspect and fatally shot him.

“It appears to be a targeted event, not a random shooting,” Lt. Kevin Pawlak of the Brown County Sheriff’s Office said during a news conference, according to WGBA-TV.

The surviving victim was flown to a Milwaukee-area hospital with severe injuries.

The initial call was for shots fired, which triggered an active shooter response that prompted law enforcement from around the area to descend on the scene.

Witnesses told news organizations that the moments following the shooting were chaotic as people ran for their lives.

“It was chaos all over. People scattering in all directions. It was just crazy. Just crazy,” Dylan Luehring told CNN affiliate WLUK-TV. “At first, we didn’t really know what to expect. Then once we seen the cop running in there with an AR-15, we knew that this is getting pretty serious. Once we heard the shots, we knew this is no joke anymore.”

“Pretty thankful we could get out of there, and all of us are safe,” Luehring added.

Another witness, Max Westphal, told the Green Bay Press-Gazette that he was in the casino when the announcement was made telling patrons to evacuate.

Westphal said he did not fully appreciate the significance of the situation until he heard numerous gun shots.

“All of a sudden a huge flurry of gunshots. Between 10 and 30 gunshots,” Westphal told the newspaper. “All you could smell outside was gun powder.”

The casino shut down Saturday after the shooting, but other locations were expected to reopen Sunday morning.

[Feature image: Law enforcement at the Oneida Casino near Green Bay, Wis in the early morning hours of Sunday May 2nd, 2021 after an active shooter. Authorities in Wisconsin say a gunman killed two people at the casino restaurant and seriously wounded a third before he was shot and killed by police Saturday. (AP Photo/Mike Roemer)]