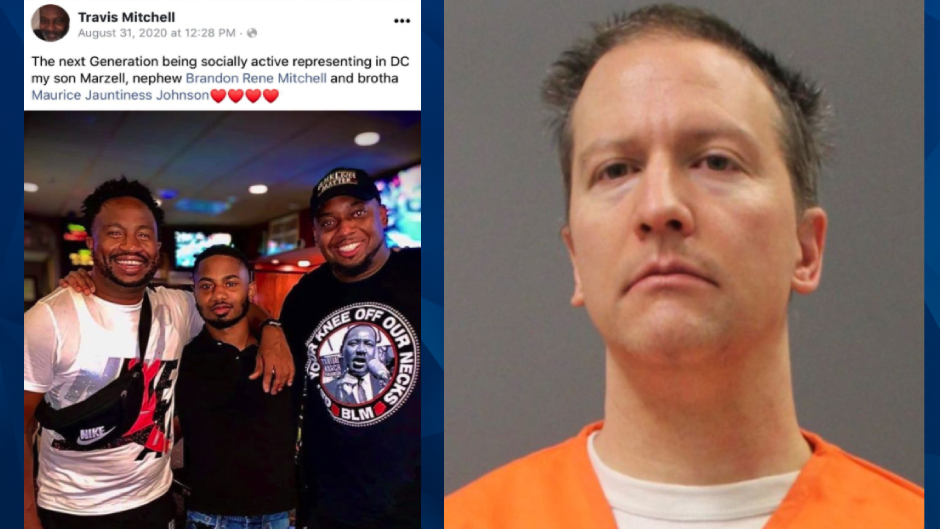 ‘Get your knee off our necks’: Juror wore pro-BLM shirt at protest months before sitting on Derek Chauvin trial [Reports]

One of 12 jurors who convicted ex-Minnesota cop Derek Chauvin of murdering George Floyd is speaking out after photos reportedly circulated showing him at the March on Washington protest last summer.

International Business Times is believed to have first publicized the image, dated August 31, 2020, which appears to show Brandon Mitchell, 31, wearing a shirt with a photo of Martin Luther King Jr. alongside the words “GET YOUR KNEE OFF OUR NECKS” and “BLM” (Black Lives Matter). The former statement may be a reference to Chauvin forcing his knee on Floyd’s neck for nine minutes, resulting in his death.

The Associated Press reported that an August 28 photo shows Mitchell attending an event in Washington, D.C., which commemorated the 57th anniversary of King’s “I Have a Dream” speech.

Mitchell told the Star-Tribune that his uncle posted the photo to social media, and he has no memory of wearing or owning the shirt. He also claimed the event he attended was “100 percent not” a march for Floyd.

However, reports indicated that Floyd’s brother and sister and relatives of other people killed by police spoke during the rally.

Further, the Star-Tribune reported that Mitchell has answered “no” to the following questions in a questionnaire he completed during the jury selection process:

During the selection process, Mitchell said he had watched clips about the deadly encounter and had talked about the case with others. He also said he did not understand why the three other police officers — Thomas Lane, 37, J. Alexander Kueng, 26, and Tou Thao, 34 — did not stop Chauvin and that he had a “very favorable” view of the Black Lives Matter movement versus a neutral opinion about Blue Lives Matter, according to the Star-Tribune.

Mitchell along with 11 other jurors found Chauvin guilty of every charge against him — second-degree unintentional murder, third-degree murder, and second-degree manslaughter.

Chauvin’s sentencing is scheduled for June 16.