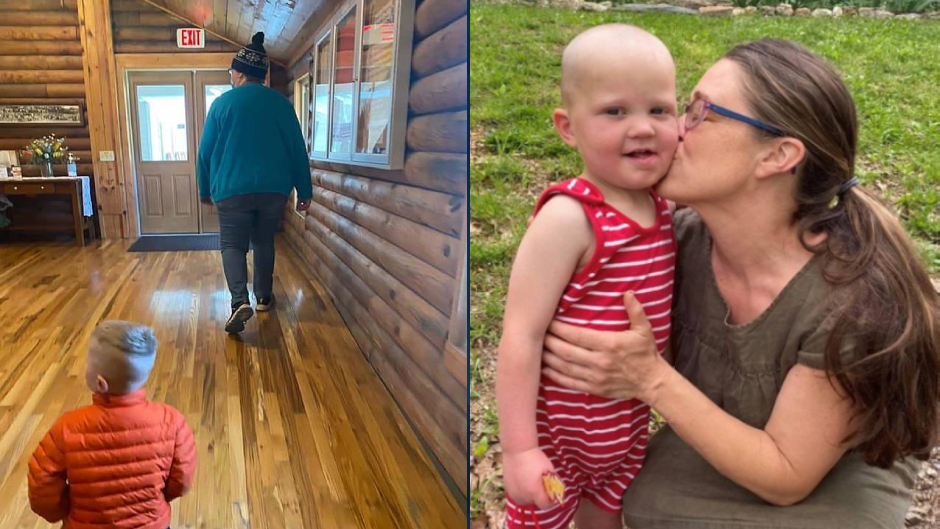 Police also believe the kidnapping suspect may have targeted other children

A Virginia woman who allegedly abducted a 2-year-old boy from a church on Sunday, sparking an AMBER Alert, reportedly did not know the toddler and took steps to evade capture, police revealed on Wednesday.

The Giles County Sheriff’s Office said in a statement that Sunday’s incident appears to be a stranger abduction as there is no evidence of a connection between suspect Nancy Fridley, 44, and Noah Trout. Police also said they have not discovered a link between any of Trout’s relatives and Fridley.

“There is no indication at this point that Fridley intended to transfer Noah to anyone in particular,” the statement read.

Fridley was reportedly filmed on Sunday leading Trout of a church nursery in Giles County. A day later, the toddler was found at a mobile home park in Alleghany County. Fridley along with her boyfriend, Bobby Lee Taylor, were arrested for Trout’s alleged abduction.

According to WSET, officials said the suspects shaved Trout’s head at some point. However, police who located Fridley at the trailer park on Monday reportedly recognized the toddler.

Giles County police also revealed that on the morning of Trout’s abduction, Fridley went to two churches in Narrows. She was allegedly also in the vicinity of those two churches roughly a month before the toddler’s kidnapping.

“We have evidence, through our collaboration with other agencies and jurisdictions, that Fridley may have been casing other places outside of Giles County to commit similar acts. We think there are other potential witnesses out there who could and should come forward,” police also said.

Trout, who was unharmed, has been reunited with his family.