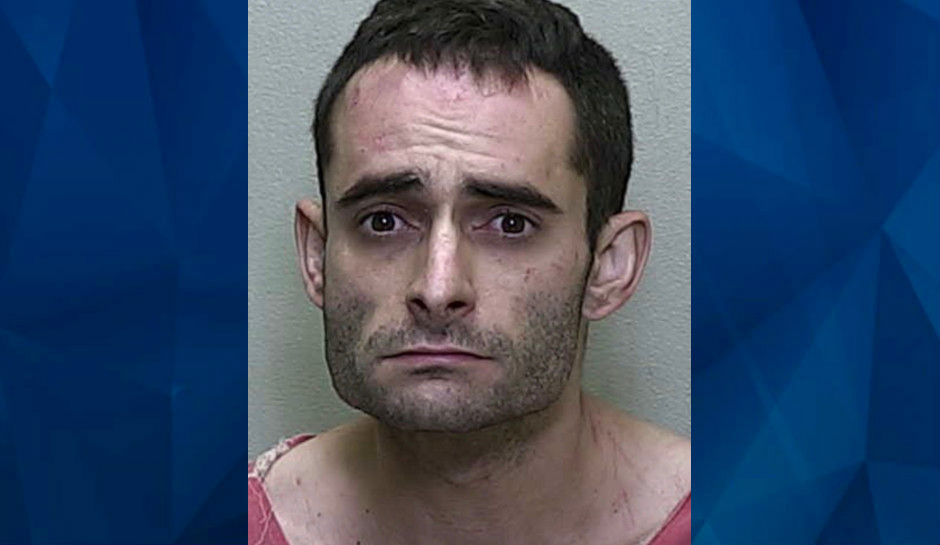 A Florida man, in jail after he was found running naked around a daycare, has now been charged with killing and decapitating his grandmother, then setting an Ocala home on fire to dispose of the remains.

Deputies responding to a request for a well-being check found the fire. After Marion County Fire Rescue extinguished the blaze, they found the body of Alice Trench with her head and left arm removed.

Investigators interviewed the grandson, already in custody after deputies found him naked at a nearby daycare facility, and asked him about his grandmother’s death. He told them he didn’t remember anything that happened before he was arrested.

The State Fire Marshal’s Office determined that the fire at the home, where Nicholas Trench lived, was set intentionally, and the Medical Examiner’s Office ruled that Alice Trench died from strangulation and suffocation with blunt force trauma as a contributory factor.

Investigators executed a search warrant at the home and found several cutting tools near Alice Trench’s body and a laundry basket containing the victim’s severed body parts. Additionally, detectives found a home surveillance system, with video showing Nicholas Trench “in the garage retrieving a handsaw, disposing of a garbage bag full of bloody clothing, and starting a fire with accelerants in a container before taking it into the residence.”

In addition to the charges related to Alice Trench’s murder, Nicholas Trench faces charges of indecent exposure, criminal mischief, resisting arrest, providing false ID to law enforcement, and violation of probation. According to ClickOrlando.com, Trench broke a fence to get onto the daycare property, prompting staff to swiftly move the children inside.

He’s being held at the Marion County Jail without bond.