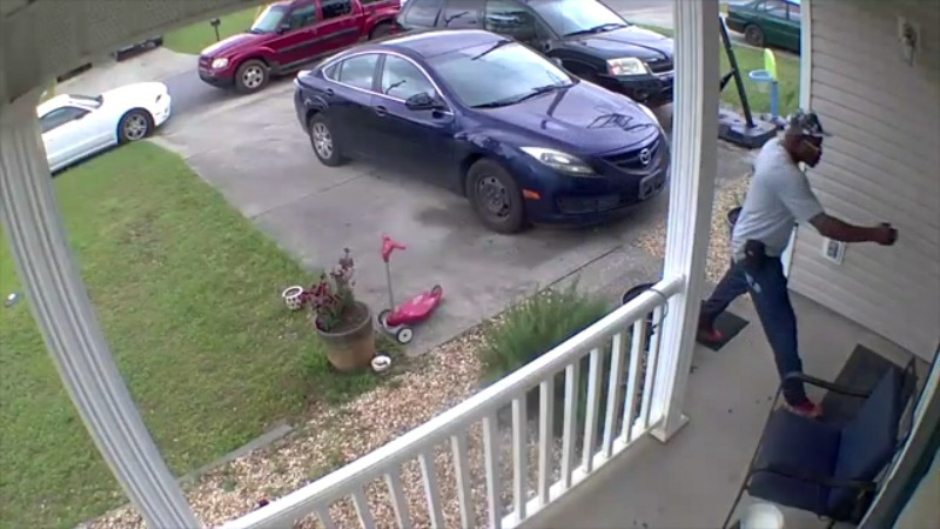 Florida police said Wednesday that no criminal charges will be filed against a woman who fatally shot a man who broke into her home on Tuesday.

Escambia County police released surveillance footage which apparently shows the unidentified 54-year old man kicking down the front door while hurling profanities. Residents inside the home reportedly said that once the man forced entry into the home, he retrieved a knife and yelled about harming his children’s mother.

The man allegedly searched several rooms inside the home and occupants hid in a bedroom. The man was confronting a woman in a rear bedroom when the woman shot him twice, according to police.

Escambia County police confirmed to the Pensacola News-Journal that two children and at least one person who had a domestic violence injunction against the man were in the home during Tuesday’s incident.

“The suspect had an active domestic violence injunction on him, and so, he wasn’t supposed to be there, and he was also reportedly on his way to anger management treatment,” sheriff Chip Simmons said.

It is unclear whether the woman who opened fire was the person who had the injunction filed against the suspect. The relationship between the woman and the deceased man also remains undisclosed.

Simmons said the police department determined that Florida’s “Stand Your Ground” law applied to this shooting, as the woman was protecting herself and other occupants in the home, including children.

According to the News Journal, the district attorney agreed with police’s determination and will not prosecute the woman.