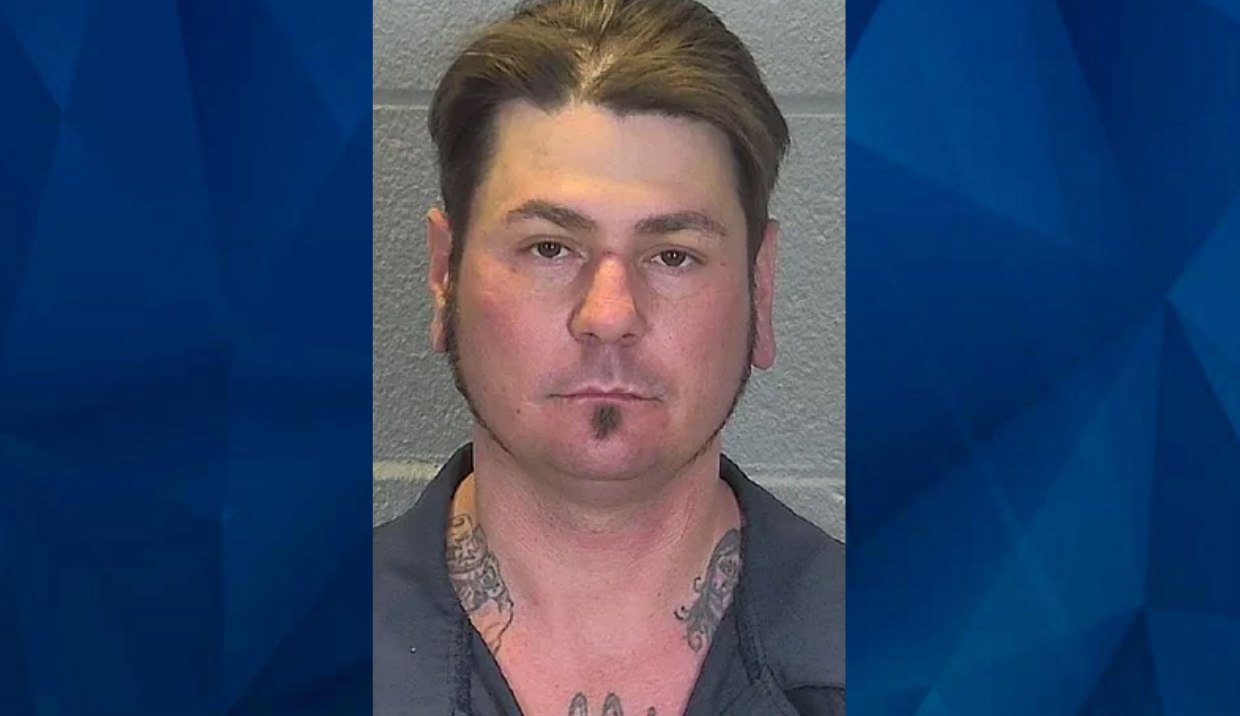 Next door neighbor who allegedly tried to rape, kill 9-year-old gets jail justice beatdown; family says he is ‘evil’

An Indiana man in jail for attempted murder on a child was apparently given a beatdown inside his cell Wednesday.

As CrimeOnline previously reported, Chadwell was arrested April 19 after Lafayette authorities received a report about a missing child on Park Avenue. The child’s parents called for help after their 9-year-old had been missing for around 30 minutes, after 7 p.m.

While questioning neighbors, several of them told officers that the child’s next-door neighbor, Chadwell, said he saw the girl after she disappeared. When the officers arrived at Chadwell’s house, he denied knowing the victim’s whereabouts but said she’d been by his home earlier and left.

Chadwell gave the officers permission to search his home. Authorities searched throughout the home, including the basement, which had a chain lock on the door. Officers got the door open and heard a child crying from the bottom of the basement stairs.

Prosecutors charged Chadwell with attempted murder, along with charges of:

According to court documents, Chadwell lured the little girl inside his home by offering to let her pet his dogs. During his first court hearing, Chadwell asked who he could speak to about a mental evaluation.

In an interview with Inside Edition, the suspect’s brother, Ashley, said he believes Chadwell has an evil streak and is “absolutely” capable of harming children.

“Do I think that he’s capable of that kind of crime? Absolutely, absolutely. He’s shown numerous times not only to his friends but his family as well that he has that kind of evil streak to him.”

Chadwell’s stepfather reportedly added that he thinks his stepson could be responsible for the deaths of two teens in 2017, at the Monon High Bridge in Delphi.

“Is he capable? Probably. And you know, should they let him back out on the street? Not ever. Throw away the key this time,” the stepfather said.

The Journal & Courier reports that Carroll County Sheriff Tobe Leazenby confirmed that authorities are looking into Chadwell as a possible connection to the Delphi murders, but he has not been named a suspect at this time.

“The information has obviously been shared with us, and our investigators are looking into him,” Leazenby said.

On February 14, 2017, approximately 20 miles from Lafayette, Indiana, in Delphi, two girls were found murdered near the Monon High Bridge. Libby German, 14, and Abby Williams, 13, took a hiking trip at the abandoned bridge the previous day; the outing was only meant to be for a few hours.

Police found the girls’ lifeless bodies a short distance from the bridge.

After their deaths, the incident was nicknamed the “Snapchat Murders” after Abby took a photo of Libby at around 2:17 p.m. and put it on social media. Detectives said that after the photo was taken, a man approached the girls and apparently told them to “go down the hill.”

For the latest true crime and justice news, subscribe to the ‘Crime Stories with Nancy Grace’ podcast. Listen below to Nancy’s latest take on the case.