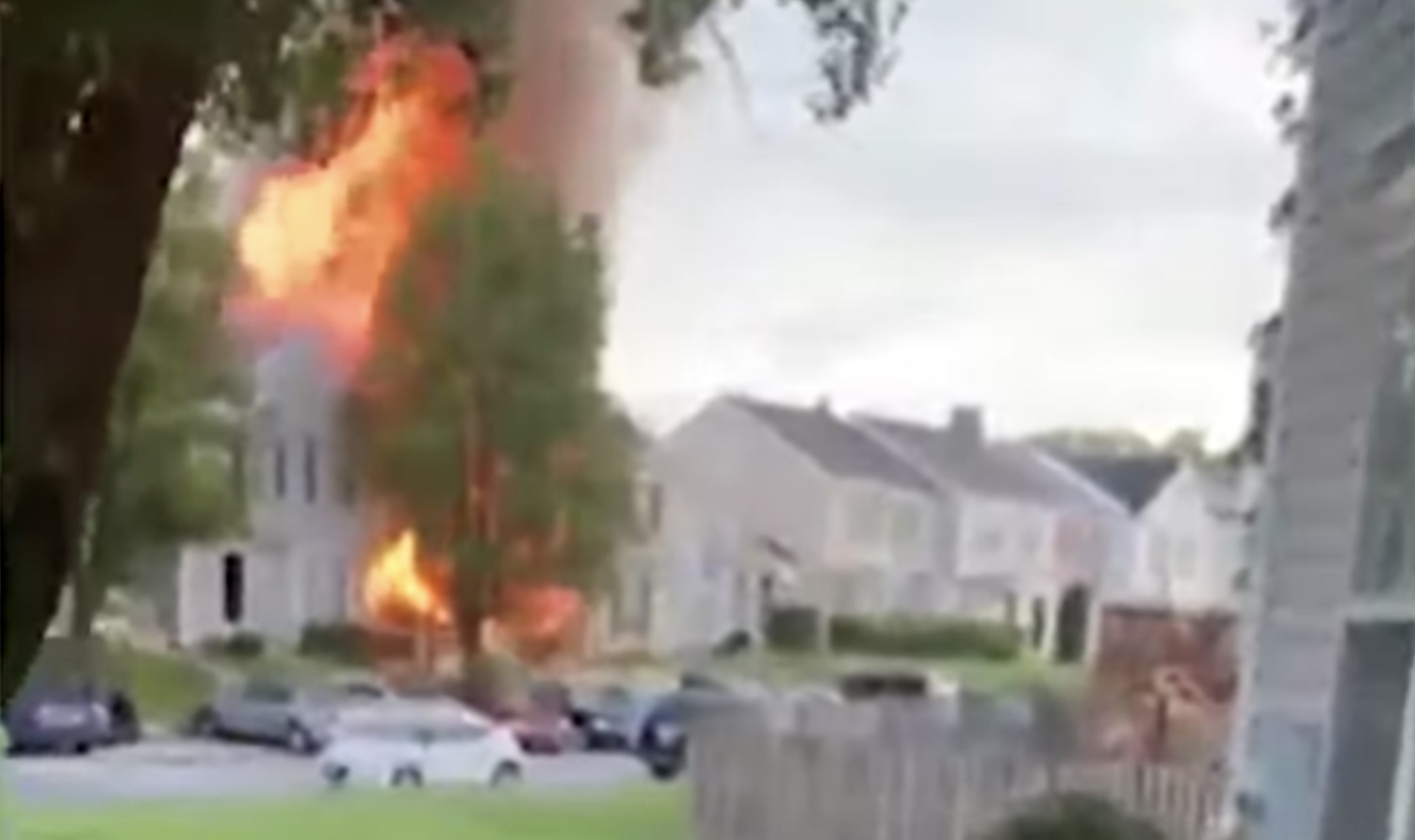 Baltimore County police responded to calls about an armed man and a fire early Saturday in a townhouse community west of Baltimore, where they shot and killed the armed man and then found three more people dead and a fourth wounded.

“That threat was neutralized,” Stewart said. “At that point, firefighters were able to address the fire.”

Baltimore County police said the deceased victims were two adult men and an adult woman. The wounded victim was also an adult man, “suffering from non-life threatening injuries.” He was taken to a nearby hospital. Early on, two people were reported to be unaccounted for, but they were later located.

Gunshots can be heard in video captured by a neighbor of the blaze:

Rostkowski also said the fire was fueled by natural gas and damaged Baltimore Gas and Electric company equipment, slowing down crew attempts to shut off it off, according to WBAL.

Police have not released the names of the suspect, the victims, or the officers involved in the shooting, but neighbors said the suspect lived in the community and that he’d threatened other residents in the past, sometimes accusing them of spying on him for the federal government.

“I’m not surprised about this because it is something that goes on every time with him before and nothing is done,” said 51-year-old Kweku Quansah, who told the Sun he’d lived in the neighborhood for 23 years. “So it was like a ticking bomb.”

Quansah said he heard an explosion early Saturday morning and ran outside to see what was going on. He saw the fire and then the gunman, walking between cars.

“He was shooting towards us,” Quansah said. “And then I saw a lady on the ground. He turned and shot the lady again on the ground.”