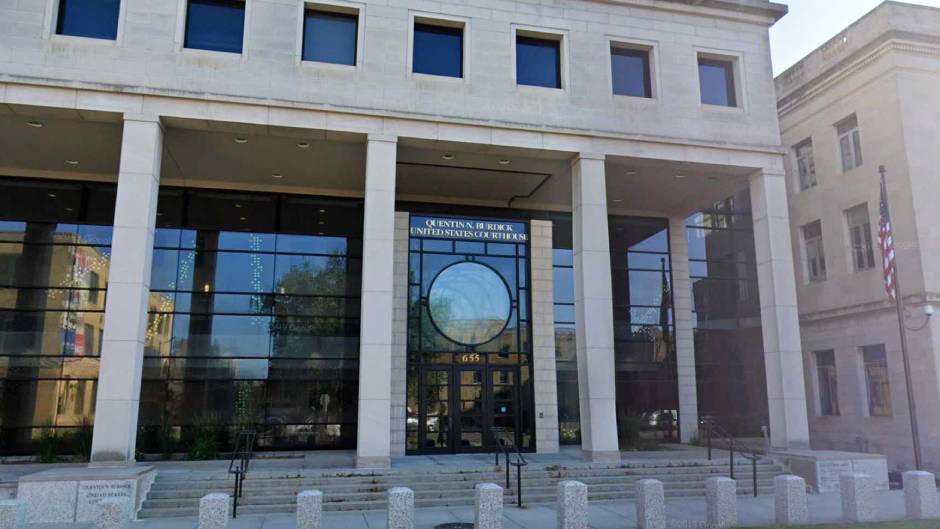 ‘You could see the inside of his neck’: Defendant kills himself in courtroom after jury hands down guilty verdict

A man killed himself inside a North Dakota courtroom on Monday after he was convicted of various federal charges in connection with an April 2019 incident at an Chippewa Indian reservation.

The U.S. Marshals Service confirmed to KVLY that Jeffrey Ferris, 55, took his own life at the Federal Courthouse in Fargo. Ferris was on trial for allegedly nearly hitting several children with his Jeep on the Turtle Mountain Indian Reservation and threatening one of them with a gun.

According to Native News Now, Ferris had chased away a group of children from an abandoned home near his residence in April 2019. Ferris, who was armed with a 9mm handgun, was speeding while pursuing the minors.

After one of the victims crashed their dirt bike, Ferris allegedly exited his car, pointed his gun at the minor, and threatened to kill the minor if they ever came near his home again, the news outlet reported.

In connection with the 2019 incident, Ferris was charged with assault with a deadly weapon, reckless endangerment, terrorizing, and using a firearm in the presence of a minor.

While a witness told KVLY that Ferris was facing life in prison under the initial batch of charges, he was only convicted of the firearm offense. Sources told Native News Now that Ferris was looking at a minimum of seven years for the firearm charge.

A witness told KVLY that they saw Ferris use an object — possibly a pen, plastic shank, or a scalpel — to injure his neck after the jury returned with a partial guilty verdict.

“The guy turned around and you could see the inside of his neck. He had slit his neck with some object,” the witness recalled.

Sources told Native News Now that Ferris grabbed an envelope opener after U.S. District Judge Peter Welte denied his request to be released for 24 hours before returning to jail.

North Dakota U.S. Marshal Dallas Carlson told KVRR that the jury was not in the courtroom when Ferris slit his own throat but the judge, court staff, and other individuals were present.

U.S. Marshals reportedly wrestled Ferris to the floor, but he ultimately died of his injuries.

The FBI and U.S. Marshals Service are investigating Monday’s incident. Officials have not confirmed what item Ferris used to kill himself.