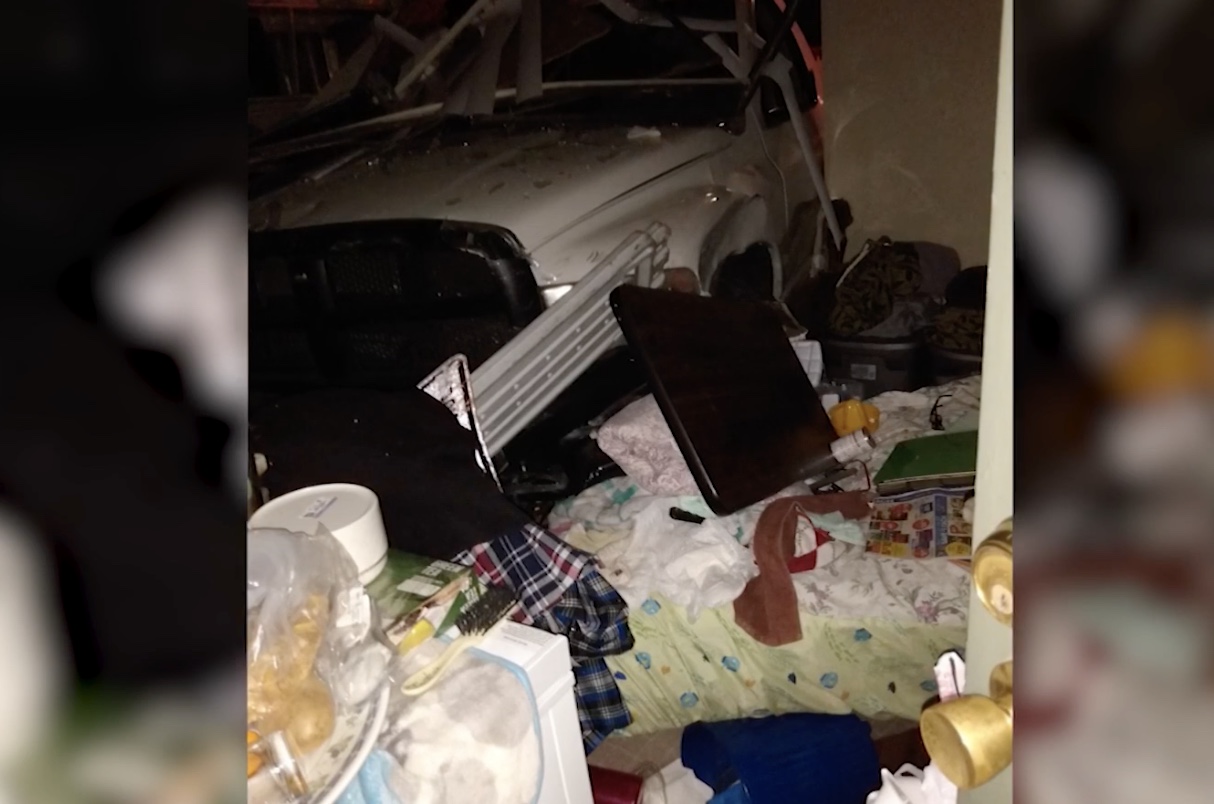 SEE IT: Couple hits her ex-boyfriend with truck, then lose control and drive into apartment living room

A Las Vegas couple intentionally hit the woman’s ex-boyfriend with a pickup truck Saturday night before losing control of the vehicle and driving it into a woman’s living room.

Eduardo Ruiz-Rodriguez and Sabrina Villegas have been arrested in the case; Ruiz-Rodriguez for attempted murder and battery and Villegas for conspiracy to commit murder, according to jail records.

Police said they were initially called to the scene of a man hit by a truck near the Hayat Market in southwest Vegas, but before they arrived, dispatchers reported that the vehicle in question had been located just around the corner in the living room of an apartment at the Sunrise Gardens Senior Apartments, KLAS reported.

The injured man was taken to the hospital with non-life-threatening injuries, and officers turned their attention to the apartment. Police said the driver, later identified as Ruiz-Rodriguez, and the passenger, his girlfriend Villegas, were seen leaving the scene on foot and were taken into custody not far away.

Francine McHugh, who lived in the apartment where the white truck came to stop, was unhurt.

“I was sitting at the table, per usual. What made me move, I do not know,” McHugh told KLAS. “By the time I reached the doorknob, the big boom went, and everything came at me.”

Friends and a non-profit agency stepped in to help McHugh get some of her belongings, and someone found her dog, Toto, outside unharmed.

“I’ve never seen so much glass in my life, and it was so scary,” she said. “I was trapped, and I could not get out. I couldn’t move, and I don’t walk.”

Police said surveillance footage from Hayat Market showed the truck traveling down the street with its lights off, in opposite traffic lanes, before hitting the man, identified only as Villegas’s ex-boyfriend, and continuing on.

The ex-boyfriend told police he didn’t remember what happened after the truck hit him.