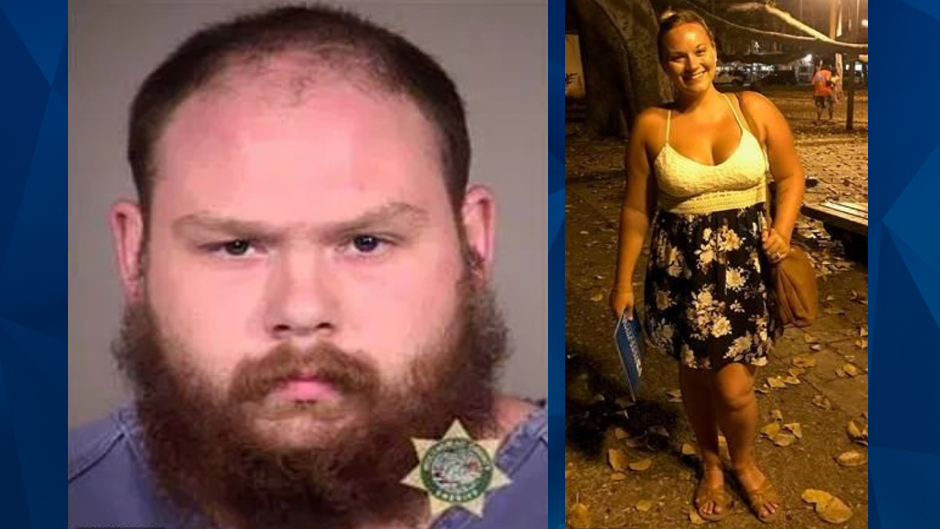 Woman fatally shot close-range on her porch after brothers fight over laundry: Report

An Oregon man allegedly fatally shot his sister-in-law in the back of the head on Sunday during a dispute about laundry.

Citing court documents, The Oregonian reported Shane Finnell, 25, was arrested at a Portland home where he shot Alexandra Arb-Bloodgood, 29. Arb-Bloodgood died at the scene.

Finnell allegedly told police officers, “I did a horrible thing,” after he was arrested on suspicion of second-degree murder and unlawful use of a weapon.

According to The Oregonian, Finnell’s brother told police that he and his brother were arguing about laundry when Finnell threw a potted plant at him. Finnell allegedly then Arb-Bloodgood at close range in the back of the head as she sat in a patio chair that was facing away from him.

A neighbor reportedly called 911 after hearing the gunshot and witnessing Finnell flailing his arms as if he appeared upset. KPTV reported that responding officers found Finnell in a neighbor’s front yard.

The neighbor told police that he asked Finnell what was going on and Finnell said he shot “Alex,” his brother’s wife. The neighbor also asked Finnell about the gun he used, which was found in the front yard where the shooting took place, according to the news outlet.

According to KPTV,  Arb-Bloodgood resided at the home where she was killed. The Oregonian obtained a dismissed speeding citation that listed Fennell’s home address as being on the same block.