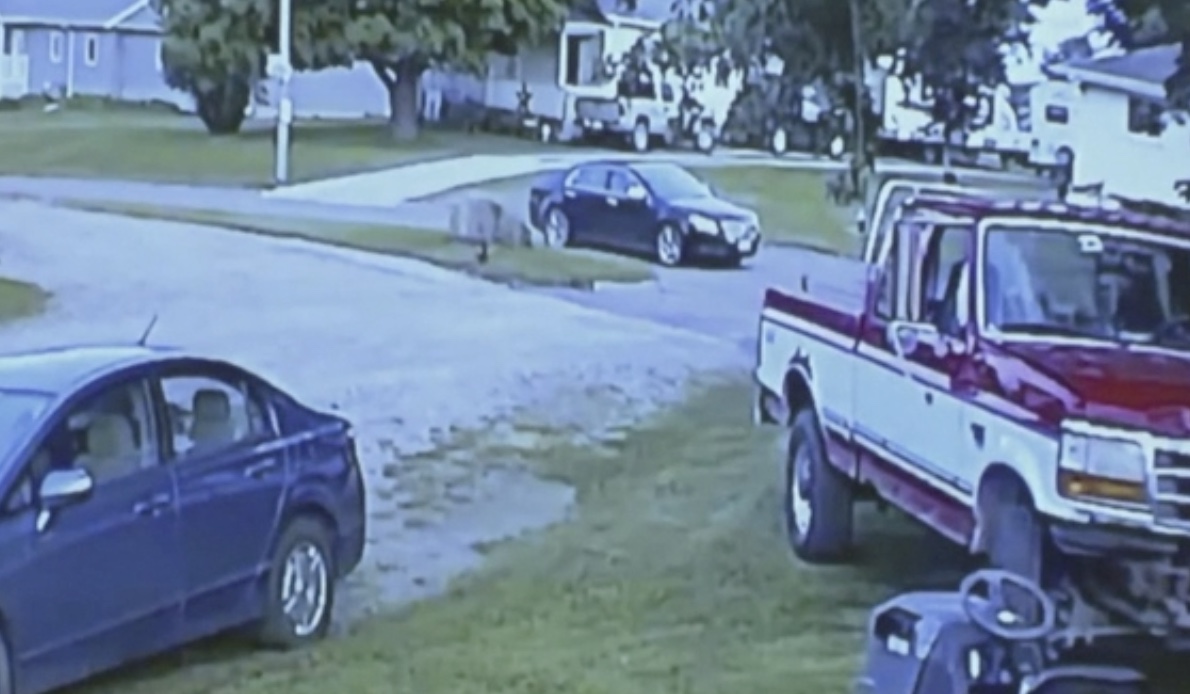 The second day of Cristhian Bahena Rivera’s trial for the murder of University of Iowa student Mollie Tibbetts focused on surveillance video that allegedly shows Bahena Rivera’s black Chevrolet Malibu several times in the are where Tibbetts was last seen.

Iowa Division of Criminal Investigation agent Derek Riessen described the painstaking work looking over the video collected during a canvassing of the Brooklyn, Iowa, area during the investigation into Tibbetts’s disappearance, the Daily Mail reported.

Poweshiek County Sheriff Tom Kriegal said in 2018 that it was surveillance video that led deputies to Bahena Rivera, as CrimeOnline previously reported.

Riessen testified Thursday that a colleague first spotted Tibbetst jogging through the neighborhood in the July 18, 2018 video, followed by the suspect’s distinctive vehicle. The Malibu shows up several times in video over the next 20 minutes, Riessen said, although the video wasn’t clear enough to identify the driver or get a license number.

But two days later, Poweshiek County Deputy Steve Kivi testified, he saw the vehicle getting off Interstate 80 near Brooklyn and followed. The driver, Bahena Rivera, told detectives he knew nothing about what happened to Tibbetts. Days later, he led them to Tibbets’s body.

Tibbetts, a University of Iowa student and an avid jogger who ran on the cross-country team during high school, disappeared on July 18, from Brooklyn. The student was on summer break from school.

Bahena Rivera reportedly told investigators that he spotted Tibbetts jogging near Middle and Boundary Streets, when he slowed down and started following her in his black Chevrolet Malibu.

At some point, Bahena Rivera got out of the vehicle and began following the University of Iowa student by foot, even jogging alongside her. Apparently frightened, Tibbetts told the suspect she would call 911, then pulled out her phone, according to Bahena Rivera’s reported admission.

Bahena Rivera said he became upset and “blacked out” at the threat, something he claimed he did often when becoming too angry, according to investigators.

Bahena Rivera allegedly told investigators the next thing he remembered was waking up inside his car, parked at a rural intersection. He immediately made a U-turn and drove to the entrance of a rural field. He then drove into a driveway of a cornfield.

Bahena Rivera said at some point he looked down noticed Tibbetts’s earpiece from her earbuds or headphones lying on his lap, and “realized he put her in the truck.”

Upon checking the trunk, Bahena Rivera said he found Tibbetts inside, with one side of her head bloodied, according to the affidavit. The suspect allegedly said he pulled Tibbetts out of the trunk and dragged her by foot into a secluded area in the woods.

Bahena Rivera then tossed Tibbetts over his shoulders and walked around 20 meters into the woods, where he tossed her body on the ground and covered her with corn leaves, the affidavit read.