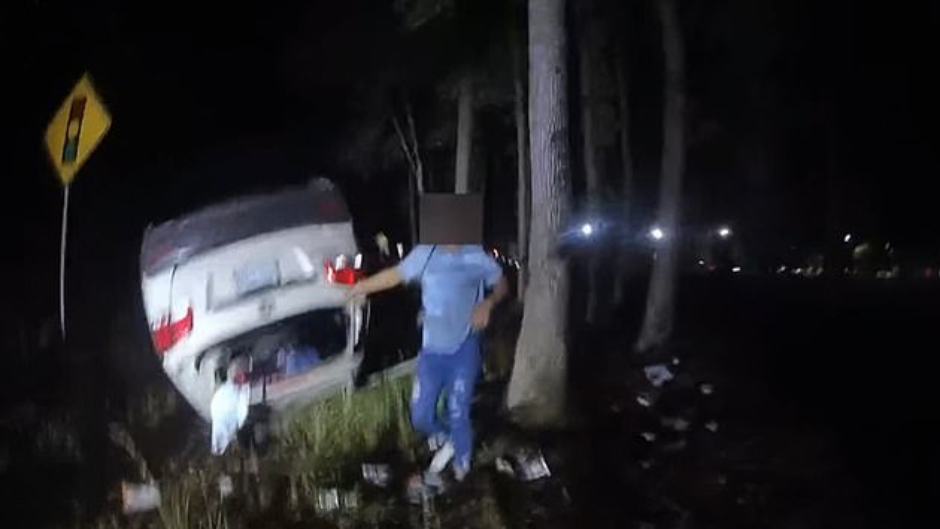 A video released on Tuesday appears to show a Virginia deputy lift an overturned car to rescue a woman trapped underneath.

The Gloucester County Sheriff’s Office said in a Facebook post that the incident occurred on May 7. Deputy Jon Holt reportedly responded to an overturned vehicle and discovered a woman trapped underneath with her sunroof pinning her head.

In the video shot by Holt’s body camera, the woman’s child can be heard screaming, “She can’t breathe.” Holt is heard trying to calm the child down, according to WTVR.

Though Holt is not seen overturning the vehicle, he can be heard grunting as he lifts the car, allowing the woman to free her head. The woman’s current condition was not immediately disclosed.

Police noted that Holt was previously praised for rescuing a disabled girl and her mother from a burning home in March 2020.

“Without his ‘never give up’ mentality, the outcome would have been much more devastating,” the department wrote.