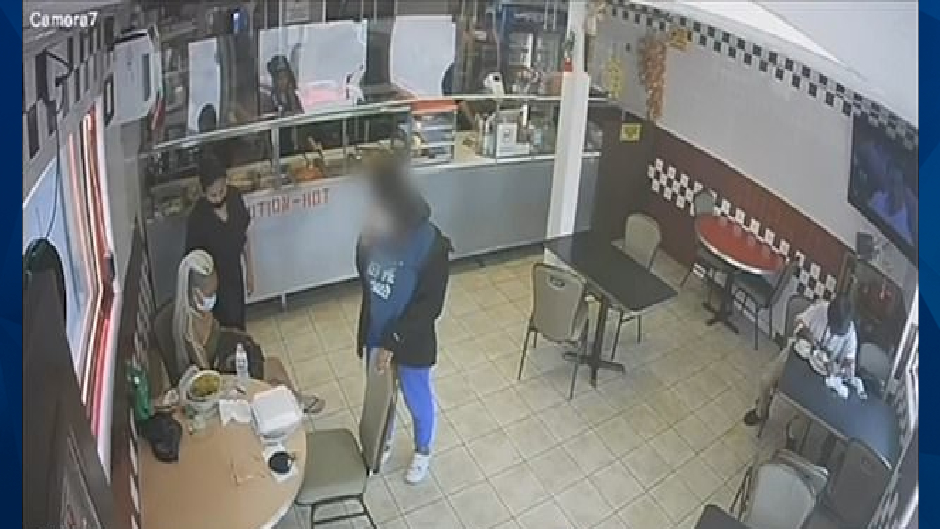 A 14-year-old girl is not expected to face criminal charges after reportedly leaving her newborn daughter with a customer at a New Jersey restaurant on Wednesday.

According to the Jersey Journal, the girl is believed to have just given birth to the baby whose umbilical cord was still attached when she entered El Patron restaurant in Jersey City asking for help. The girl reportedly then gave the newborn to a customer and left the establishment.

Surveillance cameras filmed Wednesday’s ordeal. Customer Alease Scott told WABC that she was eating at El Patron with her boyfriend when a teen holding a baby asked for help. Scott said she asked the teen if she could check the baby’s vitals.

The teen reportedly left the restaurant as Scott checked on the baby, who Scott said appeared to have trouble breathing. Police responded to the scene with oxygen and medical equipment for the baby, according to WABC.

“Once I applied the oxygen mask to the baby, all of a sudden we heard the most beautiful cry and the baby started moving, she slightly opened up her eyes and then she closed her eyes but the sweetest thing was when she got hungry and she was trying to suckle on the oxygen mask so we knew she was OK after that,” Scott told the news outlet.

The Journal reported that police eventually located the teen, who initially denied being the baby’s mother. The teen and baby were hospitalized and are doing fine.

The baby will be put up for adoption and the 14-year-old girl is not expected to be criminally charged, according to reports.

In New Jersey, Safe Haven laws allow a parent (or someone acting on their behalf) to leave a baby less than 30 days old at any hospital emergency room, police station, fire station, ambulance, first aid or rescue squad  — no questions asked. The state Department of Children and Families will place the infant in a foster or pre-adoptive home.