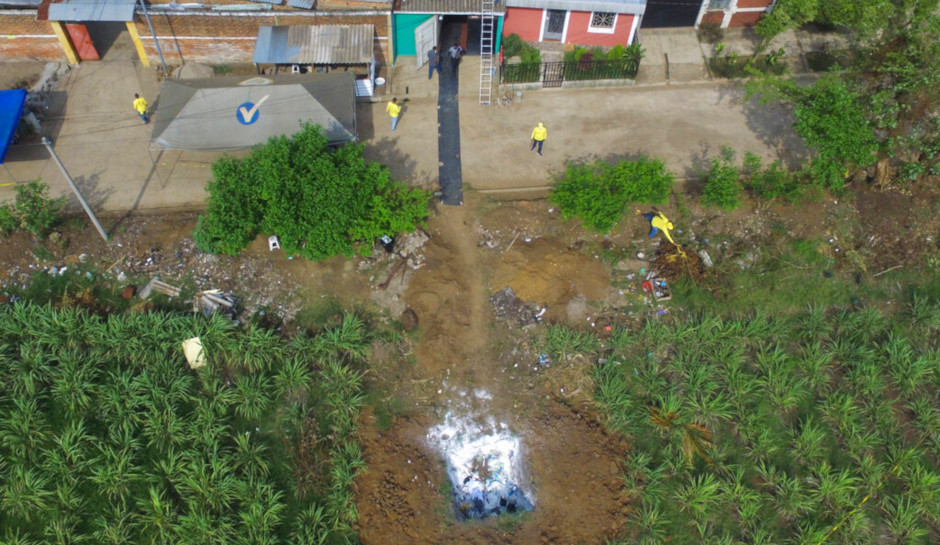 The bodies of at least 14 people have been found buried at the home of a former Salvadoran police officer who allegedly confessed earlier this month to killing a woman and her daughter.

Police in Chalchuapa, about 50 miles from San Salvador, say there may be dozens of bodies in the pits found behind the home of Hugo Osoria Chavez, who was dismissed from the local police force in 2005 when he admitted he was a sexual predator.

The Daily Beast reported that 10 other people have been arrested in connection with the deaths, which police said appear to be part of a violent sex and murder ring targeting women and perhaps some young men.

The prosecutors office has said that some of the victims may be as young as 2 years old, according to the Associated Press.

“This psychopath has been detained, and I believe that 99 percent of the people who assisted him have been detained,” Arriaza Chicas said.

Osorio Chavez was arrested earlier this month in the deaths of a 57-year-old woman and her 26-year-old daughter. When investigators went to his home, they found eight burial pits, each containing several victims, the Daily Beast said.