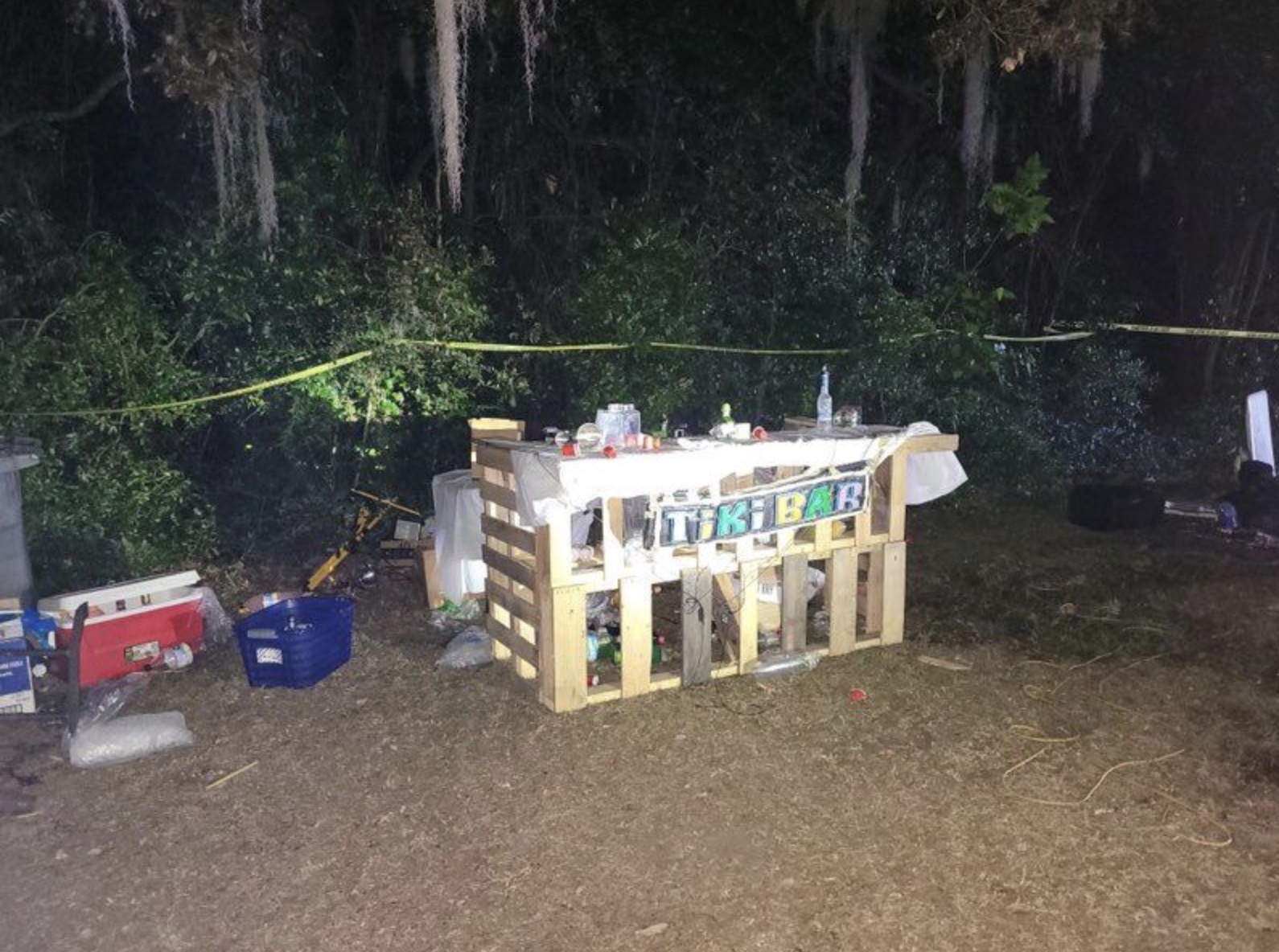 A 14-year-old South Carolina girl was shot dead and 13 other people wounded Saturday night when an unauthorized concert erupted into gunfire in North Charleston.

North Charleston Police Chief Reggie Burgess told reporters on Sunday that the shooting was carried out by “individuals who were angry with each other and didn’t care who got hit,” the Charleston Post and Courier reported.

Burgess said “multiple shooters” fired into the crowd, but he didn’t say how many or what kind of weapons they used. Authorities have not released the name of the teen who died, but they said she lived next door to an open field where organizers had set up a stage, strung lights, and had food booths and a table with a sign that said “Tiki Bar.”

What organizers did not do, police said, was tell them the event was taking place.

“This is ground zero, where the event took place,” Burgess said Sunday from the field where the incident unfolded. “If we had known about it, we probably would have been able to save lives.”

Burgess was at times emotion during the news conference because, he said, he knows the family of the girl who was killed.

“I keep seeing the same people I work with, the same people I go to church with, people I play sports with … ,” said Burgess, who led the family in prayer on their front porch before the news conference. “I want to tell the folks responsible, tell everybody, we will bring you in.”

Police officers responded within three minutes of the shooting but had to make their way to the scene along narrow neighborhood streets as many people were rushing away from it. The crime scene covered so much space that North Charleston called in Berkeley County crime scene technicians to help.

“This should have never happened,” the chief said, standing in front of photographs of the scene showing trash strewn about and overturned tables. “If you want to serve alcohol and make money off it, you can’t do that on private property unless it’s your place of business. So it was illegal all the way.”

Burgess said detectives are fairly certain they know who organized the event, but he declined to say who that was. He also did not describe any suspects. Neighborhood activists joined Burgess at the news conference, urging witnesses to come forward with any information they may have.