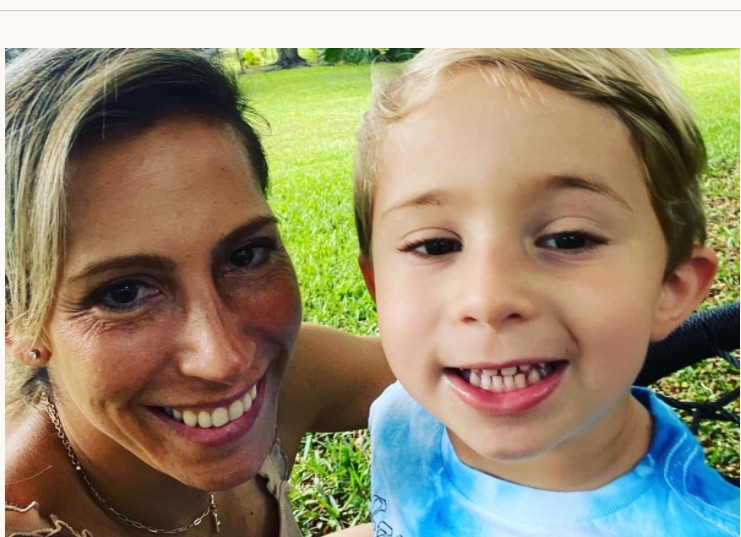 ‘I fear for my life’: Police confirm 4-year-old was killed by father the same day mom was denied a restraining order

Police in Fort Lauderdale, Florida, have confirmed that a father and son found dead late last week died in a murder-suicide.

As CBS Miami reports, police confirmed that John Stacey and his 4-year-old son Greyson Kessler were found dead from gunshot wounds in Stacey’s home on Friday night. As CrimeOnline previously reported, Greyson’s mother Alison Kessler had contacted police on Friday, frantically concerned about her son’s well-being, and asked them to check on the home.

Police now say they believe both father and son died on Thursday, when Stacey shot his son and then turned the gun on himself, CBS Miami reports. Alison Kessler had repeatedly raised alarms about Stacey’s behavior, and on the day of the murder-suicide, had requested an injunction to prohibit Stacey from coming into contact with her or her son. Court filing obtained by the new station allege that Stacey had sent Alison Kessler threatening text messages.

In one message, he wrote: “You deserve to have your head separated from body, and deserve to die. But I am not the violent type. God will deal with you.

In another, Stacey wrote: “I know you think I’m crazy. And it’s true. Crazy about YOU! Instead of calling me John going forward, you can address me as Baby Love!”

According to the court filings obtained by the news station, Kessler alleged that Stacey put a tracker on her car, and left abusive voicemail messages. He allegedly created fake social media accounts to harass her and also harassed her friends.

“His behavior is erratic and escalating, and I fear for my life, my boyfriend’s life, and most of all my child. He is unstable mentally. I am requesting a permanent restraining order against Mr. Stacey,” Kessler wrote in the petition.

The judge denied the restraining order request. “Petitioner has failed to allege any overt acts by Respondent which would constitute domestic violence under Florida Statute,” the judge wrote.

On Friday, Kessler petitioned for an emergency order for police to remove her Greyson from Stacey’s home, and a judge denied the order on Saturday, presumably unaware at that time of the murder-suicide.

“There were many red flags exhibited by John Stacey that were never acted upon, even though Alison reported his bizarre and threatening behavior and went through all the proper channels,” Kessler’s family wrote in a statement obtained by CBS Miami.

“This tragedy could have been prevented if proper action had been taken to help Alison and Greyson.”