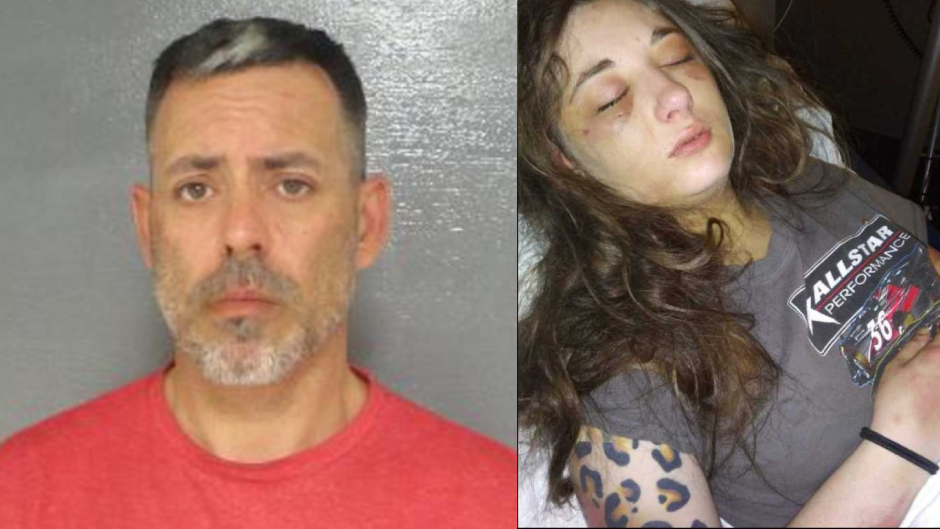 Convicted killer holds online date captive for 3 weeks & nearly beats the life out of her: Report

A Michigan man was arrested on Thursday for allegedly attacking a woman he met online and holding her against her will for three weeks.

Victim Kaila McCleary, 25, told WMMT that she corresponded with Trevor Double, 45, on a dating app called MeetMe for several weeks before going out for the first time. McCleary said Double made an unannounced visit to her home in early April for what she believed would be a second date.

“It [the date] went fine the first time so I didn’t think anything of it when he asked me to go to breakfast with him,” McCleary told the news outlet.

What reportedly happened instead is Double held McCleary captive in his Bangor Township home for three weeks.

Double allegedly beat McCleary with his hands and a cell phone during the three-week ordeal. McCleary said Double purchased her several phones — one of which he used to smash over her head and beat her legs.

“When I told him I wanted to leave, he would beat on me more,” McCleary told WMMT.

According to the news outlet, Double also used a hatchet like a paddle to strike McCleary before dragging her by the hair and beating her with an iron.

Double allegedly accused the victim of cheating and threatened to kill her if she continued to lie to him. Van Buren County police said Double also threatened to harm the victim’s young son.

While McCleary said she was afraid to flee from Double, at some point she reportedly tried to escape by jumping from a moving vehicle. She explained that she was unsure she could outrun Double, presumably due to her various injuries.

McCleary told WMMT that Double took her to the hospital on May 7. There, McCleary reportedly begged staff not to let her go to Double because he was going to kill her.

In addition to numerous bruises and lacerations, McCleary reportedly required 17 stitches. She claimed she also has a road rash from jumping out of the moving car when she tried to escape.

WMMT reported that investigators searched Double’s home and discovered a broken cell phone that was possibly used to assault McCleary, an opened box of wound dressing, and bloody gauze in a trash can.

Double allegedly used the alias Alex James. McCleary said she was not aware of Double’s lengthy and concerning criminal history — which includes 2004 convictions for manslaughter and assault with a dangerous weapon, public records show.

Police provided Double’s picture to area hotels and eventually apprehended him after a hotel clerk in Kalamazoo recognized him and contacted authorities, WWMT reported.

Double was arrested on an outstanding warrant for reportedly stealing a car and breaking and entering into a home. Police confirmed the suspect was out on bond when the incident involving McCleary occurred.

Currently, Double is charged with assault with intent to do great bodily harm less than murder, assault with a dangerous weapon, and being a habitual offender. He remains jailed on a $50,000 bond.