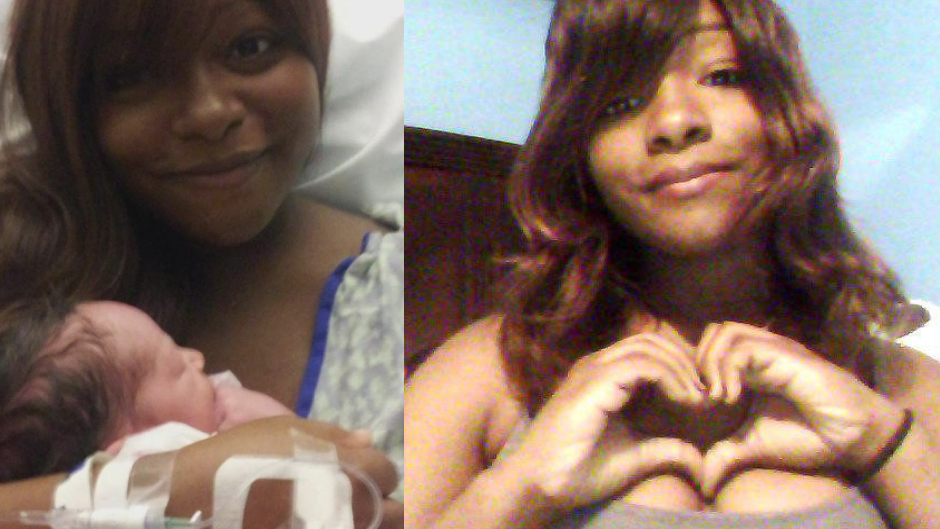 Teen mom dies in jail cell after begging for help. Her family is still fighting to see her daughter years later: Report

Relatives said they have been unable to see the now-7-year-old daughter of a Louisiana woman who died in police custody in 2014, claiming the girl’s father has cut off all contact as he pursues a civil lawsuit against officials.

Nimali Henry, 19, died after losing consciousness at St. Bernard Parish jail — where deputies ignored hers and other inmates’ pleas to get her medical attention. Henry had thrombotic thrombocytopenic purpura, a rare but treatable medical condition that causes blood clots to form in the vessels, potentially preventing oxygen from reaching the organs.

Henry had been jailed for 10 days when she died on April 1, 2014. The night before her death, police officers found her lying naked and face-down in an isolation cell but did not render aid or seek help.

According to WWL, St. Bernard jailers mocked Henry and accused her of faking her medical condition. Surveillance footage from the jail showed officers dragging the ailing woman who was unable to walk on her own. Inmates testified that they begged for help as Henry bled out and lost consciousness.

It took years for Henry’s family to get justice for her death. In March, former St. Bernard Parish Corporal Timothy Williams and Captain Andre Dominick were sentenced to 57 months and 60 months, respectively, for violating Henry’s civil rights. The same month, ex-officer Debra Becnel received three months for lying to the FBI, while former officer Lisa Vaccarella got 20 months for lying to the FBI and for failing to report Williams’ refusal to help Henry.

WWL reports that at the time of Henry’s arrest, she had a 4-month-old daughter and was already separated from the child’s father, Nicholas Conners. Henry’s sister said their relationship was troubled and her sister once considered getting a protective order against him.

When Henry was three months pregnant, she accused Conners of breaking her phone and ripping her earrings out of her ears at a restaurant. She declined to press charges.

When Henry was released from the hospital and tried to get her daughter, who was 4 months old, Conners was living with a new girlfriend. The couple reportedly gave Henry the address to their home, but when she arrived, an altercation occurred.

According to WWL, Henry left without her daughter before police arrived, and Conners originally opted not to press charges. However, Conners later changed his mind and asked the police to arrest her.

Henry was arrested and charged with simple battery, disturbing the peace, and unauthorized entry. Her bail for the three minor charges was set at $25,000 — which WWL’s investigation revealed was the highest amount that any judge in St. Bernard Parish had set for those charges that year. The news outlet noted that Henry had a clean record.

Barry Bernadas, a former FBI analyst who urged federal authorities to investigate Henry’s death after receiving reports from inmates, told the news outlet that the judge who set the bail amount, Jeanne Juneau, contacted him after the FBI opened an inquiry.

Juneau has declined to explain what factors she used to set bail in Henry’s case.

“Right after I started looking into the case, I got text messages from Judge Juneau asking me to come meet with her,” he reportedly said, claiming he forwarded the messages to the FBI.

In January 2015, Conners filed a wrongful death lawsuit on behalf of his daughter against the police department, seeking $13 million in compensatory damages and $5 million in punitive damages.

Meanwhile, Henry’s family has accused Conners of trying to capitalize on the young mother’s death while preventing them from seeing her now-7-year-old daughter. Months after Henry’s death, Conners went to court to claim Henry’s possessions and to have himself declared their daughter’s sole custodian, according to WWL.

The news outlet also reported that several of Henry’s relatives provided impact statements during her trial. The Conners never spoke in court, but publicly requested for the federal judge to award them $300,000 in restitution.

“We couldn’t even have Nilijah for the [Henry’s] funeral. We couldn’t take her with us,” Henry’s sister told the news outlet.

According to WWL, Conners and his parents are raising the child. Henry’s brother who lives in California said the Conners initially agreed to let them see his niece, but they never showed up to a scheduled meeting. He reportedly returned to California and he and the Conners have not had contact.

Conners and his family declined WWL’s request for an interview. However, their lawyer said that any money generated from a lawsuit will go into a trust for Conner’s daughter.

“It is a complicated, multi-layered issue and we feel it is detrimental to Nimali’s daughter to discuss the details in the media,” the lawyer said in a statement issued to the news outlet.

“We are hopeful that a reconciliation takes place in the future when the trauma on all sides is properly dealt with. Our primary focus has always been the physical, mental health, and well-being of Nimali’s daughter.”