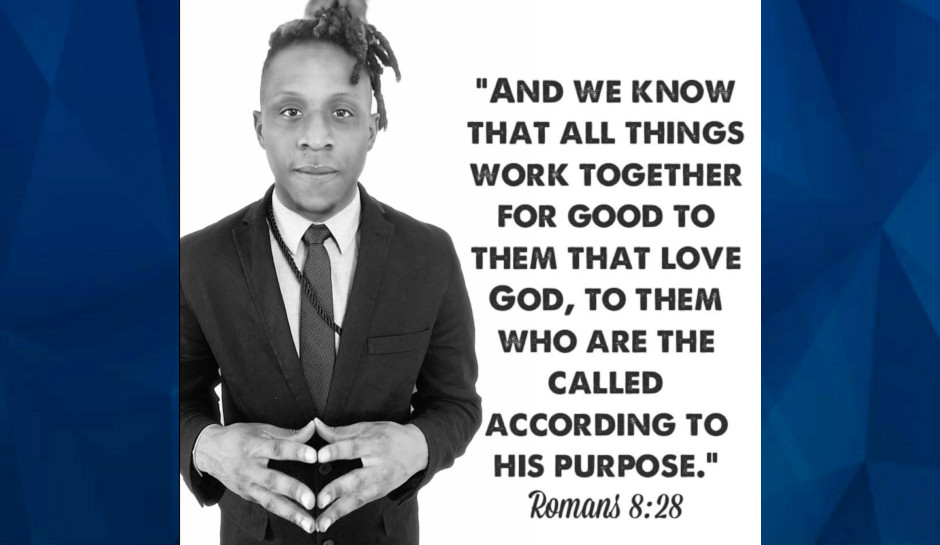 A North Carolina pastor, who made ending violence the focus of his ministry, was shot to death this week just days after he was installed as senior pastor at his church — and had proposed to his girlfriend at the ceremony.

Robert Booth Sr, 25, was the father of a 2-year-old boy. Friends told Fox 8 he was preaching to word of God to the two suspects who shot him.

“I want people to know that it wasn’t a drug deal gone bad,” his friend Brandon Smith said. “It wasn’t him being at the wrong place at the wrong time. It was just Robert being Robert, helping, and his life was ended like that.”

High Point police said they believe there was a connection between someone Booth new and suspects in another killing, saying they think the shooting was retaliation for a shooting in April.

“He just went out to help, to try to find out what was going on,” Smith said.

Booth proposed to his girlfriend on May 21, during the ceremony in which he was installed as senior pastor:

Minutes after Booth went outside, calls to 911 began reporting a shooting. Police were on the scene moments later. Booth was rushed to a nearby hospital, where he was pronounced dead.

Dwayne Waden Jr, the associate pastor at Hood Holiness Church, told WFMY that he and Booth “were trying to go into different neighborhoods and different places to just feed people and show love.

“There are so many people shooting and killing each other out here,” he said. “There’s so much hatred in the world.”

Waden said Booth went to jail once, and that was all it took to turn his life around.

“He probably looked at those boys and saw himself,” Waden said. “He wasn’t encouraging gang violence. He wasn’t selling dope. He was preaching the word of God. That’s it. And they just took his life.”

Booth leaves behind his son, his fiance, five brothers and three sisters, Waden said, and untold numbers who consider him family.

“It’s crazy because he texted me two hours before it happened and just told me, if anything happens to me, keep a lookout for my church,” Waden said.