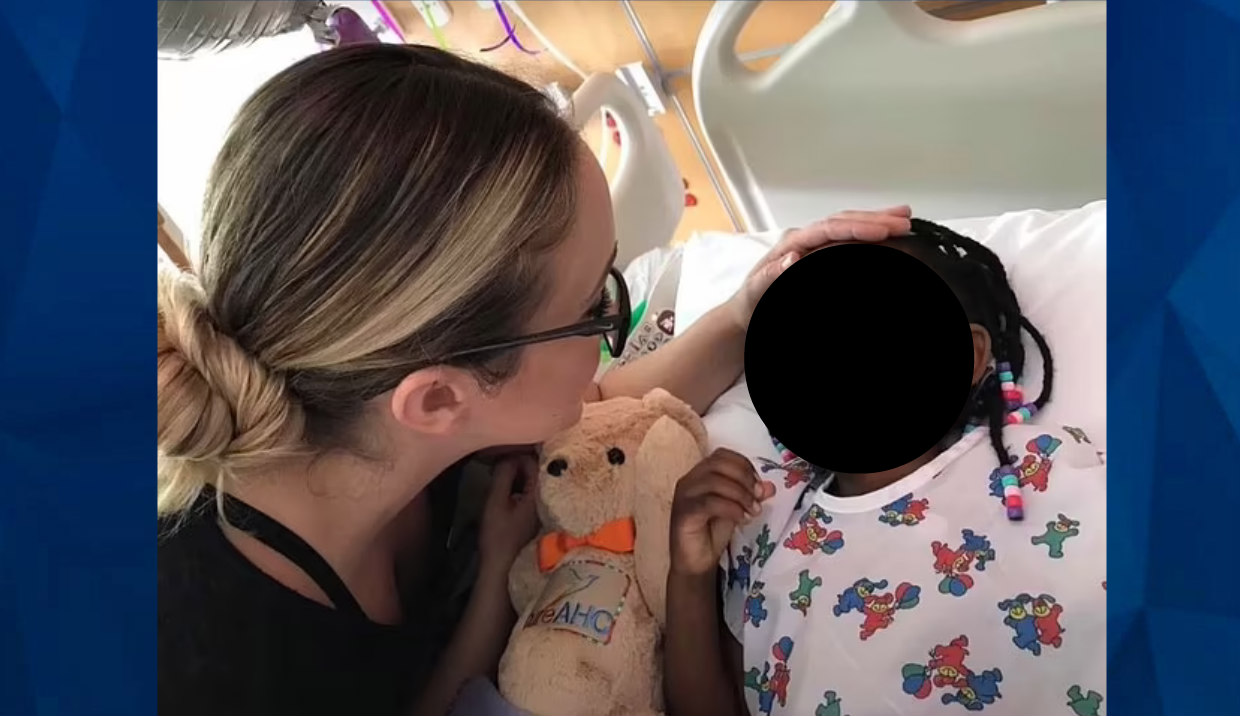 The little girl had a feeding tube inserted and another to flush out her intestines. Sophie Hartman also put her in leg braces and a wheelchair, which doctors said weren’t necessary. Her attorneys say the charges are false.

A 31-year-old woman in Washington state has been accused of “medical child abuse” for subjecting her 6-year-old adopted daughter to nearly 500 medical appointments and multiple invasive surgeries since 2016, including inserting a feeding tube and a surgical placement to stop early onset of puberty.

Sophie Hartman also put her daughter in leg braces and a wheelchair even though doctors had told her the girl didn’t need those items, KING5 reports.

Hartman’s attorneys issued a statement alleging that the “charges are based on false statements and misrepresentations of the medical record by a doctor at Seattle Children’s Hospital who has never seen the child or spoken with Ms. Hartman.”

“Ms. Hartman is innocent of these charges,” Adam Shapiro and Jessica Goldman wrote in the statement.

The allegations against Hartman are based on a report by the Safe Children and Adolescent Network (SCAN) at Seattle Children’s, where most of the 6-year-old girl’s treatment has taken place. That report is signed by several doctors at the hospital, some of whom have treated the little girl, and also includes statements and comments from doctors at other hospitals who have seen her.

Of particular concern is a diagnosis of alternating hemiplegia of childhood, or AHC, a rare neurological disorder. In his statement, Shapiro says that the girl has been treated for three years for the disorder at Duke University Medical Center, but the doctor who heads the hospital’s brain sciences institute, Mohamad Makati, told the SCAN group that he’d seen the girl three times and that clinicians generally “rely in the reports of care givers” to confirm symptoms that would indicate AHC.

In March, as part of the investigation, the girl was placed in observation at Seattle Children’s for 16 days. During that time she had no difficulties eating or drinking without a feeding tube or using the bathroom without a tube to flush her intestinse, and was able to run and walk without leg braces or a wheelchair.

“This is not based on one investigator,” King County Prosecuting Attorney’s Office spokesman Casey McNerthney told KING5. “It’s not based off of a quick investigation. This was months of investigation by police and several experts who weighed in.”

Additionally, the charging documents reveal that investigators found diaries in which Hartman had written about her propensity for lying about her own medical conditions when she was younger, including saying that she had mononucleosis and meningitis. In one of her journals, she wrote, “When it comes to suffering, I am a compulsive liar/exaggerator.”

They also found search histories on her computer for such terms as “cochlear implant black child,” “cushings disease,” “epic medical solutions,” and “can parents be paid individual provider in Florida.” All of the searches were deleted.

An independent doctor consulted by Hartman’s attorneys, however, said that charging her with child abuse was “a miscarriage of justice.”

“From my review, there is no history, psychological, physical examination, or neurological evidence that contradicts the diagnosis of AHC, much less justifies a diagnosis of ‘medical child abuse,’ Eli Newberger said in a letter.

Multiple doctors, however, said in the SCAN report that their tests and observations had shown a normal, healthy girl.

Since her discharge from Seattle Children’s after the 16 days of observation, the girl has been in the care of her aunt and grandmother. Her primary care physician has reported that the girl is eating and eliminating normally without the need of any of surgical tubes, has not needed to wear a diaper, and has no need of being monitored for “wet/dry” status, as her mother has repeatedly told doctors.