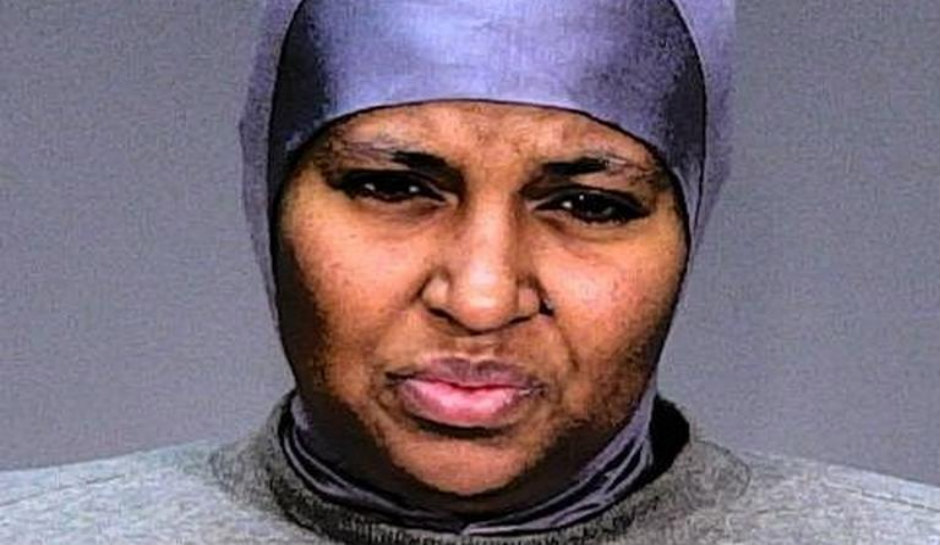 A Minnesota woman behind bars after allegedly beating two of her young children is also accused of brutally attacking her own parents.

As CrimeOnline previously reported, Sadiyo Ibrahim Mohamed, 31, told police she had a history of mental health issues, following the brutal attack on her son and daughter. According to police, one child was found lying in the street with grave injuries while her brother had bruising and a possible broken arm.

Woodbury police arrived at the 400 block of Lake View Alcove on Wednesday after callers contacted 911 and said a woman was chasing a screaming little boy down the street. When officers arrived, they spotted Mohamed chasing her son. When they approached her, she was staring off into space while mumbling a Somali phrase, KARE 11 reports.

Other officers who arrived at the scene found Mohamed’s daughter lying in the street, near death. Police said the child appeared to be a 5 or 6-year-old. The girl was found lying in a pool of blood with a piece of wood beside her.

Both children were rushed to Regions Hospital. While the young boy survived, the girl was listed in critical condition and is not expected to make it.

Another child, identified as a 3-year-old, was found inside Mohamed’s home uninjured. Mohamed reportedly told investigators that she “wasn’t sure if her kids were a devil or a demon, which made her question if she should hurt them or not.”

According to police, the suspect attacked her father at an apartment on Tedesco Street in St. Paul with a heating pad cord. She also allegedly tried to hit her mother “in the head with a black pot and several objects,” the police report read.

During a court hearing Friday, Mohamed reportedly claimed she had no children and didn’t understand why she had been arrested.

“What kids are you talking about? I don’t have no kids. What is going on?” Mohamed asked the judge.

Siv Mjanger, of the Washington County Attorney’s Office, reminded the judge of the heinousness of the crimes, adding that she has contacts in Somalia, including her husband, who has been out of the country for months.

“So she is a severe risk to the public,” Mjanger said. “She also is a flight risk. Her ex-husband has been out of the country in Somalia for several months, so I believe she has contacts outside of the country. She certainly could try to flee if she wanted to.”

Mohamed’s son told investigators that his mother kicked him out of the house, then attacked him for no reason on the night in question. He reportedly added that he wasn’t sure why his mother was so angry but that she had hit him on other occasions in the past.

According to the Pioneer Press, police said the little girl has extensive bruising all over her body, numerous brain bleeds, liver lacerations, and a fractured rib. Police said the child has labored breathing when they arrived at the scene.

Mjanger said the children were beaten with a “metal cylinder object that she used to punish the kids.”

“She is not expected to survive,” Mjanger said of the oldest child. “She is fighting for her life. … The violence and anger towards these children is just horrific.”

While questioning Mohamed, she reportedly police she suffers from bipolar disorder and hadn’t been taking her medicine.

“It is a horrible tragedy and, unfortunately, this mother is responsible for causing this horrible tragedy to her own children,” Mjanger said. “The surviving children will obviously be impacted for the rest of their lives and are potentially going to lose their sister. We will be doing everything we can to hold her accountable.”

Mohamed was charged with attempted murder and assault. Check back for updates.