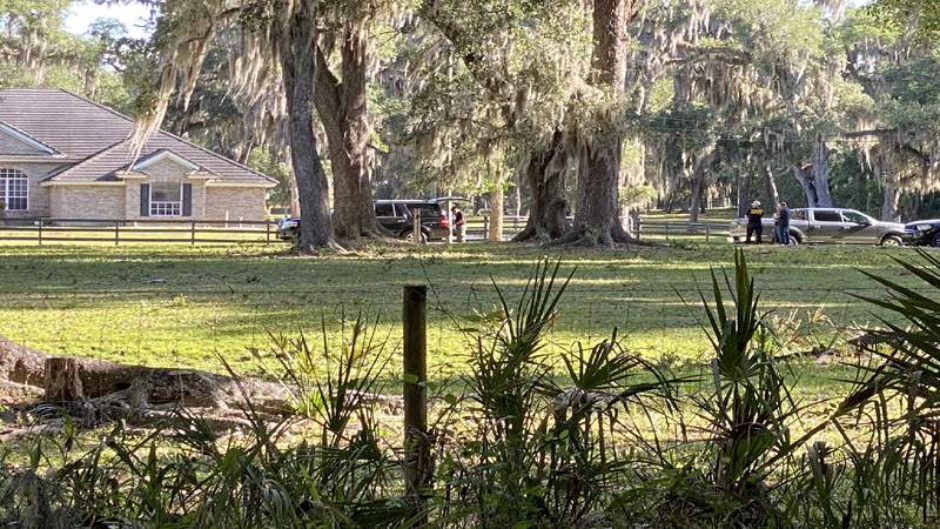 Florida police officers shot a 14-year-old girl on Tuesday during a shootout that also involved a 12-year-old boy, according to reports.

The two children allegedly shot at police officers after escaping from Florida United Methodist Children’s Home in Enterprise and breaking into a Volusia County residence, where they stole the firearms. Volusia County Sheriff Mike Chitwood said they opened fire on the girl the second time she emerged from the garage and aimed a pump-action shotgun at them, The Daytona Beach News-Journal reported.

WKMG reported that deputies shot 14-year-old Nicole Jackson in the chest. She and 12-year-old Travis O’Brien are charged with attempted first-degree murder of law enforcement officers and armed burglary.

“This went on for hours. This wasn’t a split second, we exchange gunfire. We were out here from 7:30 [p.m] until 9 o’clock until we returned fire,” Chitwood explained, according to WESH.

The Orlando Sentinel reported that O’Brien had struck a group home employee with a stick before fleeing. Prior to the shootout, police were searching for the teens as O’Brien is a severe diabetic who requires insulin every few hours.

Amid their search, someone alerted police to broken glass at a home. Homeowner A.J. Bedizel reportedly told responding deputies that somebody had forced entry into his home — where he had an AK-47, a pump-action shotgun, a handgun, and 200 rounds of ammunition.

Jackson and O’Brien allegedly used baseball bats to destroy furniture in the home in addition to items in the bathroom.

Bedizel told WKMG that he had taken a quick trip to Publix with two of his three daughters when the break-in occurred. He said nobody was home at the time as his 21-year-old daughter was out with a friend.

Chitwood revealed that the 14-year-old girl was previously arrested for stealing dogs. She was ultimately sent to a halfway house — which the sheriff said she burned down in April.

Chitwood said Florida United Methodist Children’s Home, the group home the two children fled from, is incapable of caring for the children the Department of Juvenile Justice is giving them.

Volusia County police reportedly received nearly 300 calls about the home last year. In April, a 14-year-old male resident assaulted a 52-year-old security guard who was escorting him back to the home. The guard later died of his injuries, according to the Sentinel.

Chitwood went on to call the Department of Juvenile Justice a “fraud” and “failure.”

He commented, “Where have we gone wrong that a 12-year-old and 14-year-old think it’s OK to take on law enforcement? What the hell is the department of juvenile justice doing sending them to places that can’t handle them?”