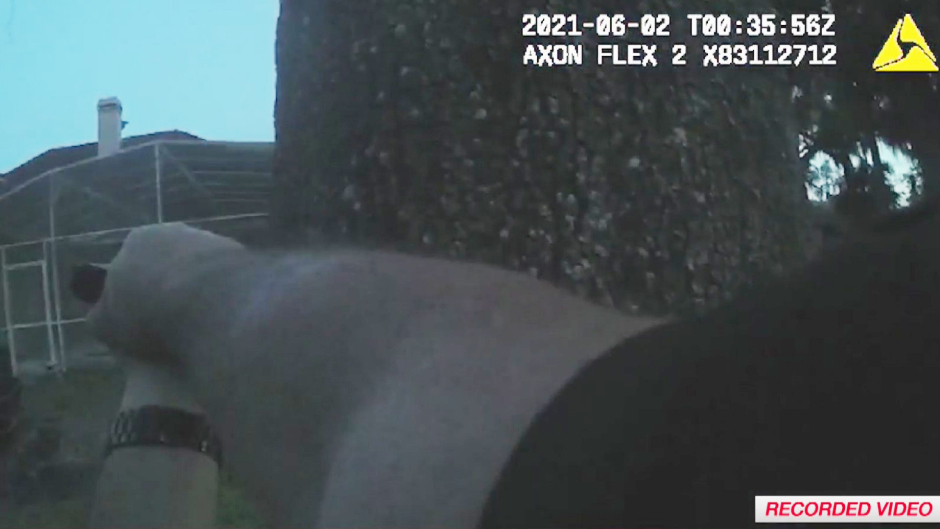 SEE IT: Armed foster kids, ages 12 and 14, shoot at cops after breaking into home

Bodycam footage apparently shows Tuesday’s shootout between Florida police and a 12-year-old boy and a 14-year-old girl which left the girl seriously wounded.

The reported incident occurred at a home in Enterprise, an unincorporated community in Volusia County. According to WFLA, the video shows the two children shooting at police officers, who eventually shot the 14-year-old girl.

The two juveniles reportedly broke into the residence after escaping from Florida United Methodist Children’s Home, which is also located in Enterprise. Police were searching for the pair as the boy is a severe diabetic who requires insulin every few hours.

While on the run, the two children allegedly vandalized the home with baseball bats before finding an AK-47 and pump-action shotgun that they used to fire at police officers. Police alleged they shot at officers four times in a 35-minute span.

Per an arrest report, the 14-year-old girl told the younger boy, “I’m gonna roll this down like GTA,” when she saw police officers surrounding the home. The girl was likely referring to Grand Theft Auto, a popular video game franchise that encourages players to steal cars and shoot at citizens and law enforcement.

Volusia County Sheriff Mike Chitwood said they opened fire on the 14-year-old girl the second time she emerged from the garage and aimed a shotgun at them. After shooting the girl, officers reportedly located the 12-year-old boy holding an AK-47. Police said he surrendered 30 seconds later.

The teen, who was reportedly shot in the chest and abdomen, was transported to the hospital with life-threatening injuries. She underwent life-saving surgery and is in stable-but-critical condition.

The homeowner and his three daughters were not at the residence as Tuesday’s incident unfolded, according to reports.

The two children are charged with the attempted murder of law enforcement officers. On Thursday, a judge ordered the 12-year-old boy to remain in secure detention for 21 days.

Meanwhile, the group home the two juveniles escaped from, Florida United Methodist Children’s Home, announced they would be halting their Emergency Shelter Care Program for the next 30 days. Officials told WESH that only three children are housed at the facility through the program and they are in the process of relocating them.

According to the Orlando Sentinel, 300 calls were made to Volusia County police about the home last year. In April, a 14-year-old male resident assaulted a 52-year-old security guard who was escorting him back to the home. The guard later died of his injuries.

The 12-year-old’s arraignment is scheduled for June 23.