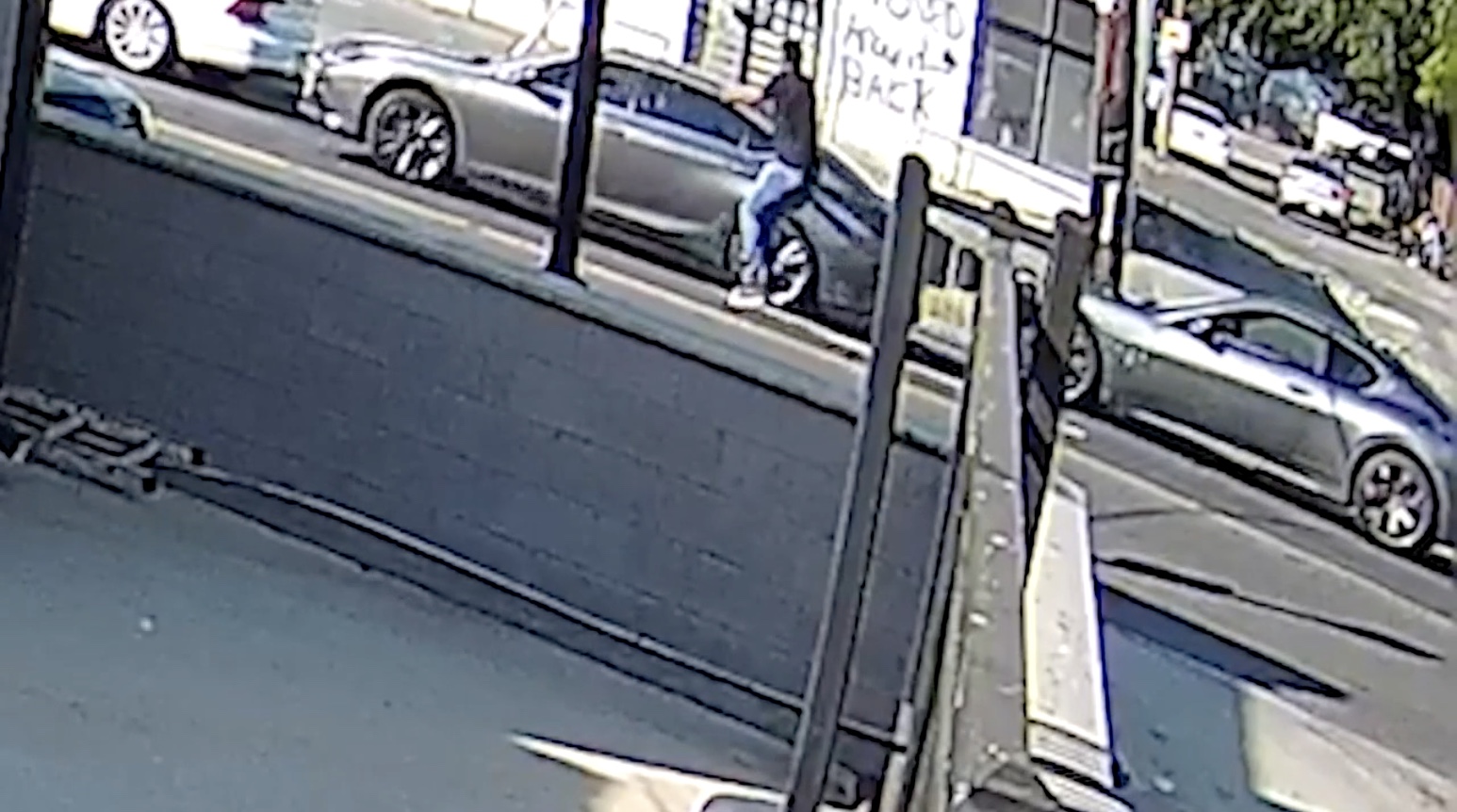 Washington, D.C., police are looking for a man they say shot a woman in front of her 5- and 11-year-old children when she allegedly cut him off in traffic two weeks ago.

The woman, who asked not to be named, suffered non-life-threatening injuries, and police have seized the Maserati driven by Kenneth Miles Davis Jr, 42, in the May 19 incident.

The incident was captured on surveillance video, which shows the woman try to pull in front of the Maserati on Eastern Avenue. The driver of the Maserati jumps out of the car and comes around to the driver’s side, firing multiple shots into the car.

He returns to his car — and fires at the car behind him — before getting back in the Maserati and speeding off in the opposite direction. The driver of the car behind was not hit.

The woman was struck in the shoulder by a bullet, and her 5-year-old child was cut by glass, she told NBC4.

“I get really upset [watching the video] because I know it could have went a whole other way for something as senseless as road rage,” the mother said.

“I’m disturbed every time I see that video and I hope that the community is as outraged as I am,” Contee said. ” … This individual felt it was necessary to use gun violence to deal with his anger. I am here to tell him that that is unacceptable in the District of Columbia.”

The Maserati was impounded from a townhouse in Hyattsville, Maryland, on Wednesday, DC police said. They’ve offered a $10,000 reward for information leading to Davis’s arrest.

Police ask anyone with information about the suspect’s whereabouts to call police at (202) 727-9099 or text the tip to the department’s text tip line at 50411.