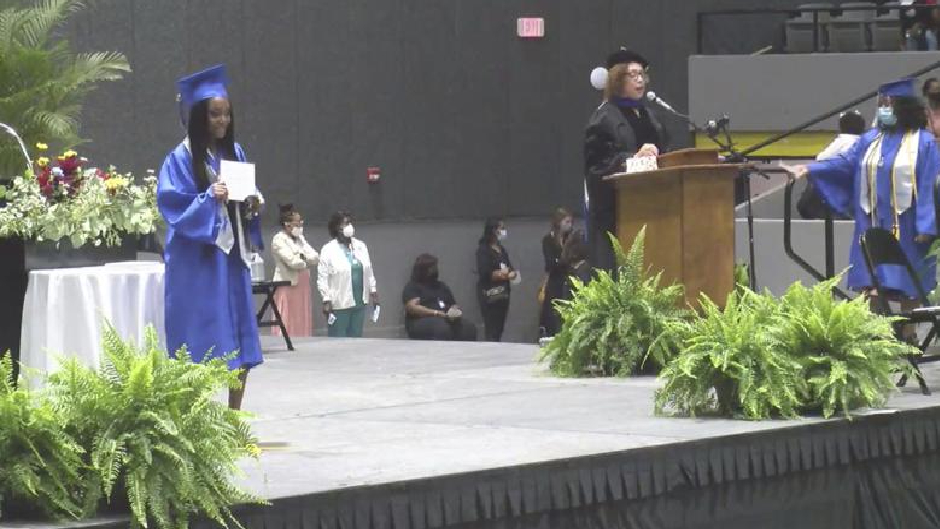 Police are investigating Tuesday’s reported shooting at a Mississippi gas station that left a woman dead.

The victim, Kennedy Hobbs, 18, was killed hours after she graduated from Murrah High School. WAPT reported that Hobbs was pronounced dead at a Texaco gas station in Jackson where she was shot multiple times.

According to WJTV, a relative said they were on the phone with Hobbs before and during Tuesday’s shooting. The relative claimed they heard Hobbs arguing with someone before gunshots rang out.

Hobbs was reportedly following the family member to a graduation party when she stopped at the gas station where the shooting occurred.

Reports indicated that Hobbs’ boyfriend, Jaquan Williams, 21, was fatally shot at a Jackson gas station in April. However, it is unclear whether the two incidents are related.

No arrests have been made, and no suspects have been identified. WAPT reported that authorities are interviewing several people who witnessed Tuesday’s shooting.