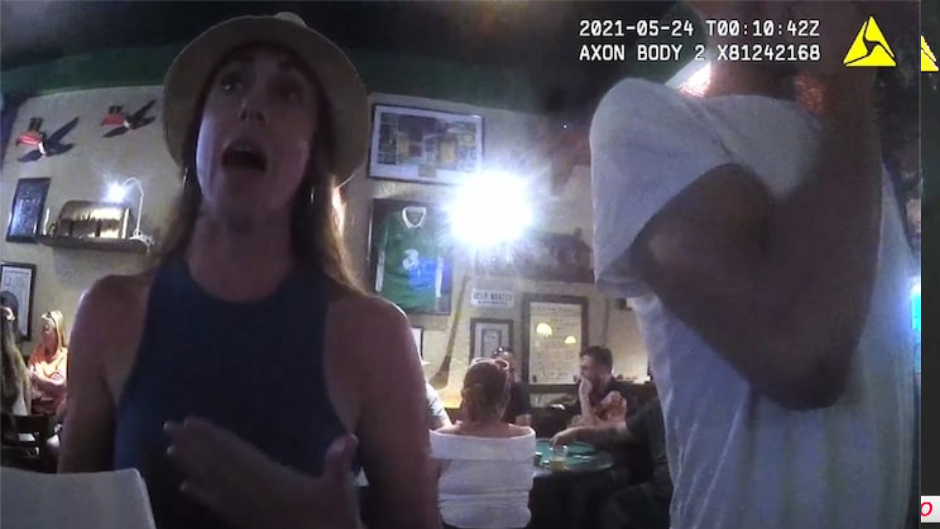 Last month’s altercation between Casey Anthony and a woman at a Florida bar stemmed from a police sergeant both of them had dated, according to recently-released body cam footage.

The reported incident involving Anthony and patron Thelma Moya occurred on May 23 at O’Shea’s Irish Pub in West Palm Beach. Anthony told responding officers that she and Moya got into an argument about a man they had dated at the same time, according to People.

Anthony identified the man as Malcolm Allison and claimed he was a West Palm Beach police sergeant. People confirmed a man having that name works for the department.

Anthony said she nor Moya were currently dating Allison.

“Whether they’re together or not together, she got upset that he had texted me. I let her know that he had. And she came inside and threw a drink at me,” Anthony was heard saying in the video.

Anthony told responding officers that she wanted to file a report as Moya verbally and physically assaulted her. She alleged that Moya threw a drink at her because Allison was texting her.

“I don’t want to get him involved. He’s my ex; he’s her ex. That’s why all of this happened,” Anthony also said, referring to her cop ex-boyfriend.

According to TMZ, Anthony said in the 911 call that she wanted the altercation documented as she planned to get a restraining order against Moya. However, she later claimed she changed her mind. People reported that Anthony also declined to press criminal charges.